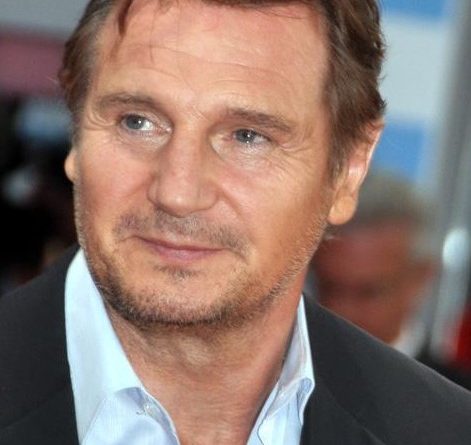 First Liam Neeson kicked butt on a plane in Non-Stop and then he kicked butt in a train in The Commuter. Now he’s kicking butt in a snow plow in his newest film, Cold Pursuit.

Neeson is apparently a master of kicking butt in vehicles and also at being in the wrong place at the wrong time.

Cold Pursuit was released on Feb. 8 and marked a change of scenery for Neeson. This wasn’t the kind of action we’re used to from a Liam Neeson film, like Taken, but an entirely new take on the action genre.

Cold Pursuit is dark, vicious, and gritty. When asked to compare it to another film, the first answer to pop into my head was Pulp Fiction. In fact, the film is so dark that instead of cast members being listed in order of appearance they are listed in order of disappearance, as in the order they died.

The film mixes Neeson’s standard action sequences with a lot of dark humor and beautiful mountain-side shots of Colorado. At times, the film can be just a little bit disturbing in part to both the nature of the violence and humor. Louise Keller of Urban Cinefile liked this aspect of the film, saying “It’s good to see Neeson in a film that offers more than just action.”

If you don’t like dark and disturbing films, or you can’t really bring yourself to watch films by Quentin Tarantino or Denis Villeneuve, then this isn’t the film for you. However, critics loved the tone and change of scenery.

Before the films release and the controversy surrounding Neeson, Rotten Tomatoes overall score for Cold Pursuit was 82 percent, which would have made it one of his best films in more than a decade.

As for the plot of the film, Neeson plays snow plow operator Nelson Coxman but the film doesn’t seem to revolve around him as much as other conflicts going on around the town of Kehoe.

Sure, Nelson’s son is killed by Viking and he goes on a long streak of revenge but the story also heavily revolves around Viking killing the Eskimo and attempting to kill White Bull. Then Nelson gets angry that Viking killed Wingman and then even more crazy named characters appear and die just as quick.

The strange system of appearance and disappearance is one of the reasons that make the film so captivating and humorous. One of the other reasons is the performance of Tom Bateman as Viking. He plays an incredibly over the top villain who seems like he’s always angry and screaming at the top of his lungs. Because of that, even though he’s a baddie, you grow to like his character and his unpredictability.

Don’t be surprised if next year there are fans of his who see him as a candidate for an Oscar for Best Supporting Actor.

The only issues that I see with the film are that there are multiple conflicts that don’t appear to be resolved and there are some points and events that simply don’t make any sense. These issues don’t make the film any less enjoyable but only leave you confused afterward once you really start thinking about them.

The film is expected to earn around $10 million throughout its opening weekend and is definitely worth seeing once, maybe even twice. It’s really everything you should expect from a thriller and my overall grade for Cold Pursuit will be a 92 out of 100.