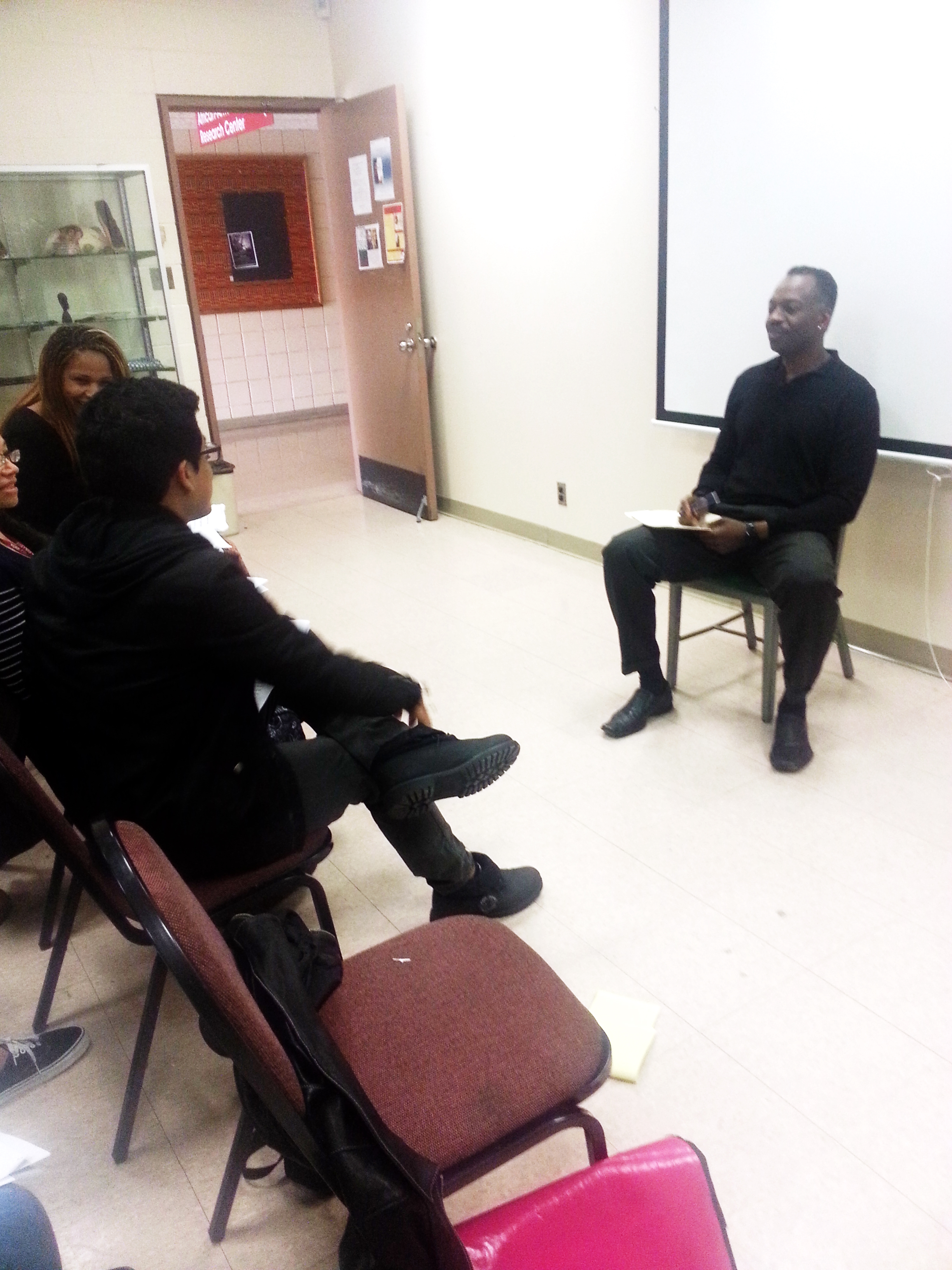 On November 4th, the National Association for Music Education (NAFME) collaborated with the Performing Arts program to host “The Business of Music” event in the African-American Research Center last Tuesday with guest lecturer Robert Celestin, an entertainment lawyer working in the music industry.

Celestin spoke about the process of music publishing and record contracts. The event gave music majors and young musicians necessary information on how to sell records and the ways of the music industry yesterday.

A graduate of Yale University and the Columbia School of Law, Celestin has been a lawyer for the entertainment industry for over 25 years. He first worked as a staff attorney at, the now defunct, Arista Records in 1986.  A year later, he met Andre Harrell, president and founder of Uptown Records and got hired as the VP/General Manager of Uptown.

While at Uptown, he was responsible for signing artist such as Mary. J Blige, Jodeci, Heavy and the Boys and has worked alongside P.Diddy. He has worked for the likes of The Clipse, Pusha T, 3LW, Ginuwine, Petey Pablo, TLC and Momma Dee and Shay from Love and Hip Hop: Atlanta to name a few.

“As a performer myself, I honestly don’t know much about the business side of it and they tell you to learn about it,” said president of the music club, Bayo Fayemi, “A lot of earlier jazz musicians were exploited because they knew nothing and they continue to know nothing.” said Fayemi.

Celestin discussed his line of work and the type of clients he deals with, most of who are new artists. His main topic was copyright laws and the different types of agreements in the industry. The copyright law allows an artist the right to distribute their work, transfer it to a third party, and allow other musicians to “copy” and “reproduce” their work. He also spoke of music publishing and distribution of funds among artists, producers, and the companies. Music publishing refers to the process of a musician tries to make their music available to the public for money through radio, commercials, etc. They will also attempt to seek license to your songs from other outlets.

Celestin illustrated the process of co-publishing agreements by having the audience write down a chart and calculate how much money writers and publishers would receive based on the number of record sales. There is a detailed series of numbers involved in how much songwriters and producers when collaborating on a song as well. He demonstrated that each album, music download or stream cost a certain amount (he used .091 cents as an example) and multiplied it by the number of sales it makes. From here, money is divided between the writers’ share and the publishing company’s share.

Celestin also mentioned other types of agreements singer-songwriters can sign, such as work-for-hire agreements, where artists are contracted by the record company to write and produce a song under the label’s name, resulting in the musician not receiving any money.

Celestin discussed the possibility of some artists deciding to go independent vs. signing with a major record label. Celestin explained the different benefits of being with a major record label that independent labels don’t have. According to Celestin, when Napster was introduced, there were arguments that record labels weren’t needed and a few have now shut down. However, despite the use of YouTube, Pandora and Spotify, radio is considered the number one way new artist are discovered.

“The only thing record labels have is that they have incredible marketing and promotional power, especially not only domestically but internationally, and they control radio,” said Celestin. “It depends on you as an artist, there are artist that are independent and they have great lives. There are a lot of artist out here that sell 10,000 to 15,000 records independently and they are happy. Record labels can make you famous and they’ll make you a lot of money. So you got to pick and choose which way you want to go.”

“Copy-right is a very extensive area of music law. I think I was able to give a lot of value to the students,” said Celestin before he was interrupted by a call with one of his clients, Funkmaster Flex.