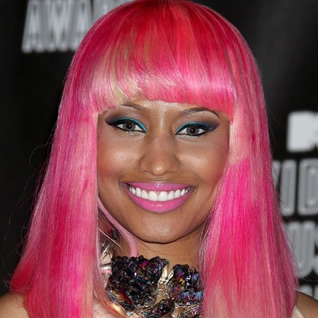 Nicki Minaj announced on her Instagram that she will be collaborating with the designer label Fendi and releasing a new song to promote the collaboration.

The Fendi Queen rapper, Nicki Minaj announced on Sept, 6  that she is sharing her Barbie Pink style with luxury label, Fendi and she was not messing around. Her Barbz fans know that the queen loves Fendi so she shared some teasers of herself dressed up in “Fendi prints on” Barbie pink dress with wide black shades and pink heals on Instagram.

Her recent collection launched on Oct. 14 in some boutique stores and on Fendi’s website. The capsule is for both men and women which included Monogrammed mini dresses, furry bags, padded down jackets and sunglasses.

The best part from her collection is the long sleek pink dress entitled, Fendi Prints On Viscose Dress that was showcased in her Fendi Prints On teaser. The dress costs costs $1,790 on Fendi’s website.

“What I want [to tell] girls is not necessarily, ‘Go and gain weight and have a big booty,’ but ‘If you do have curves, be proud of it, flaunt it—love the skin you’re in,” Minaj said to ELLE magazine.

The Queen is not afraid to show her curves and both women and men should feel that way.

She was also featured in a song that promotes the collection titled, “Fendi” by PnB Rock and Murda Beatz that was released on Sept. 26.