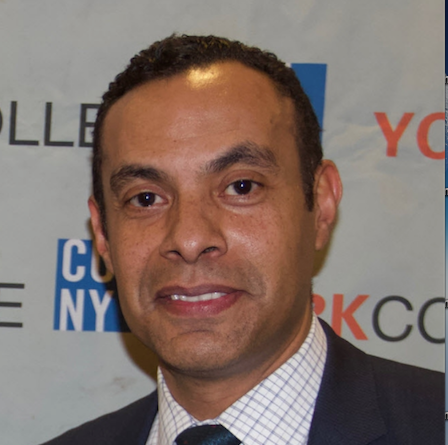 Business is going on as usual with the Information Technology department at York even though its Chief Information Officer(CIO) retired over a month ago.

The interim CIO, Claudio Lindow, says that there has been no major shift in policies because the IT team is enduring business continuity. He started the new job in March when former CIO, Peter Tighe, retired in February.

“From the time when CIO Tighe was in office, he made sure that we all work as a team and we haven’t changed that,” Lindow said. “The difference is that it’s just me gathering a consensus from our team and communicating it to the rest of the community.”

One major project that the team has been working on concerns the kiosk program that is set to be introduced to the college by the end of the year.

According to Tighe, the kiosk program would be a free standing device similar to the Metropolitan Transportation Authority (MTA) kiosk program that shows the arrival and departure of trains and buses.

Rafael Nunez, the Web System director, said the kiosks would have a digital map application called WayFinder, of the entire campus, including offices and classrooms. It would also have other applications such as the weather, time, calendar, campus news announcements and official student events. He also said the applications would be in different colored tiles.

According to Lindow and his team, there are four kiosk on site and two of those are already prepped to be deployed.

“We are waiting for the other locations to have power and data,” said Lindow. “We partnered with facilities to understand the space and make sure that we don’t put them anywhere, it should be a place that makes sense for people to come in and have public safety verify that the person has access to the campus and then they can go on the wayfinder or access the kiosk.”

He added “The two locations where we are on going to deploy them have already been retrofitted. In total, the plan is to complete those four before the end of the year and expand as needed. At least to have one at the entrance of each building and for this building, it would be for each major entrance.”

According to Lindow, the kiosks would also have a PC Reservation Map for the Library and the Student Government Computer lab on the third floor. The application will allow a user to see in a single view the computer use in the library and SGA lab. The color coded application tells a user the PC’s that are occupied and those that are vacant.

Currently, the IT department is partnering with Facilities Planning and Operations, Buildings and Grounds and Public Safety to put the kiosks out based on traffic and accessibility.

“We’re not waiting for the WayFinder, although it’s pretty close, but we’re going to start to put them out now,” said Greg Vega who is the Director of Service Delivery. “We have everything else now that we need. We do need to test power and data and make sure that everything is going to run in all those locations then the wayfinder application is going to catch up to it.”

Among other projects IT is working on, there is the also refreshment of the PCs and update of all PCs to Windows 10. There is a plan for continuous refreshing of the fleet of computers in the library. Part of the plan includes replacing the computers and the operating system as well. Vega said currently, about 50 percent of all computers on campus are now running Windows 10 including the student labs, staff and faculty computers.

“The refreshing program is because we don’t want to get to the point where we have to replace every single computer at the same time, because that would be too expensive,” Lindow said. “So, through good planning, we get to partition a total of over 240 computers. A large portion of those computers have already been replaced and we’ll continue to refresh.”

There is also the project of making classrooms technology enabled, commonly denoted as “smart classrooms.” Currently, there is a plan for nine rooms to be technologically enabled and ready by Fall 2019. According to Vega, technology is being deployed where research and data shows that there is an actual need for it in the classrooms.

“We run reports and see where faculty seem to be getting a loaner in equipment,” Vega explained. “And we get numbers and we see that that room has a high rental, they are constantly using equipment and that might be a candidate. The goal is to eventually have all the rooms have all the technology needed. All classrooms are on the map for this. It’s just a matter of timing and resources.”

Lindow was previously the deputy director of Application Support and IT administration before he was appointed to the position of interim CIO. He holds an MBA in Management Information System and Business Policies, a M.S. In Computers Sciences and a B.S. in Computer Sciences from Long Island University – Brooklyn. He joined the college in August, 2011.

“I was asked to be the interim CIO and I accepted the responsibility,” Lindow said. “It has been awesome and It has been a great challenge and I have relied heavily on the rest of the IT managers.”