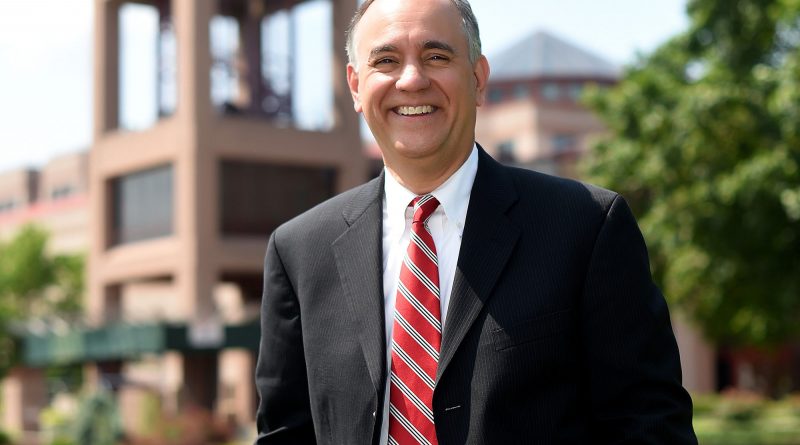 The Board of Trustees of The City University of New York appointed Félix Matos Rodríguez as the eighth Chancellor of CUNY. He is scheduled to assume the post on May 1.

Matos Rodríguez, 56, has been president of Queens College since August 2014. He will be the first Latino and minority educator to head the University. He is also one of the few U.S. educators who has served as president of both a baccalaureate and community college.

“In word and deed, Chancellor-designate Matos Rodríguez embodies CUNY’s mission-driven spirit,” said William Thompson Jr., Chair of the CUNY Board of Trustees and leader of the Chancellor Search Committee in a statement. “His deep roots in CUNY, combined with his rich experience as a scholar and as leader of both senior and community colleges, make him uniquely suited to lead the University forward, keeping it positioned as the standard-bearer for quality and access in public higher education.”

CUNY announced the decision following the recommendation of a 14-member search committee of CUNY trustees, college presidents, faculty, students and civic leaders led by Thompson. The committee was assisted in its search by Isaacson Miller, an executive search firm.

“Over the course of our thorough search for a Chancellor, we came to consider several serious candidates among a stellar field of accomplished leaders, but we kept coming back to Him,” Thompson added in a statement. “His sterling credentials, his unparalleled depth of perspective and his demonstrated commitment to CUNY made him the inarguable standout and the obvious choice. It fills me with great pride to have been a part of this pivotal decision and to be able to announce that the nation’s greatest urban university is making history with one of its own.”

Matos Rodríguez was formerly the president of CUNY’s Eugenio María de Hostos Community College, before his appointment at Queens College from 2009 to 2014.

“I cannot think of a more appropriate choice amongst educators for this important role at this time in CUNY history than Dr. Felix Matos Rodriguez,” Marcia V. Keizs, president of York College, wrote in a statement. “During his time in CUNY, he has provided stellar leadership in two CUNY institutions and now he will bring that enormous depth of experience, of intellect, vision and tenacity, to the highest level in CUNY.”

From 2000 to 2005, Matos Rodríguez was director of the Center for Puerto Rican Studies at Hunter College (El Centro), and he was also a tenured professor of Black and Puerto Rican/Latino Studies. He also previously taught at Northeastern University, Boston College and the Universidad Interamericana-Recinto Metropolitano, Puerto Rico.

Matos Rodríguez left CUNY for several years in 2005 and worked for a year as head adviser on Health and Social Welfare to the governor of Puerto Rico. In 2006, he was named Secretary of the Department of Family Services.

“This would be an extraordinary opportunity for anyone who is passionate about the role CUNY plays in the lifeblood of the world’s greatest and most important city,” said Matos Rodríguez in a statement. “For me, this appointment is particularly special because CUNY is home. I will strive every day that I am Chancellor to fulfill the promise of our noble mission to afford academic excellence and economic opportunity to all. And I will endeavor to elevate to new heights CUNY’s legacy as the paradigm of a people’s University”

According to a 2014 New York Times article, former chancellor Milliken received annual compensation totalling $670,000, not including the use of a car and residence. None of the information released by CUNY mentioned the incoming chancellor’s compensation package.