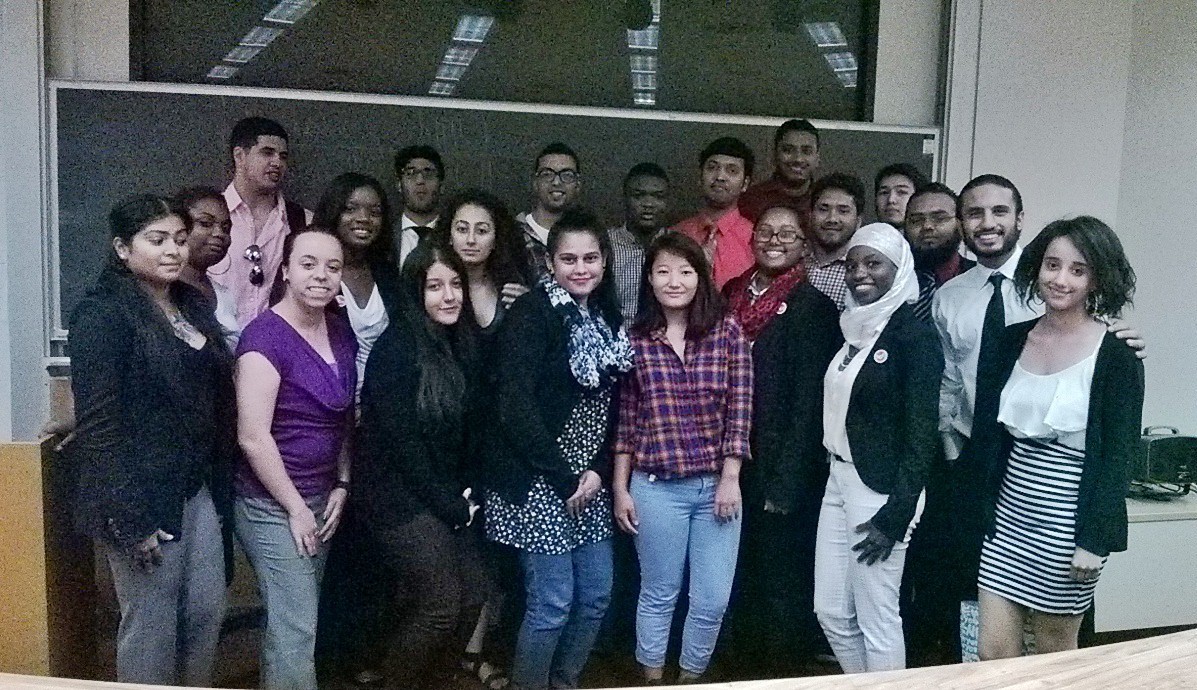 After a low voter turnout last semester and a number of complaints from Student Government Association (SGA) over a new voting system, the members of 2014-2015 student government were finally named on Sept. 4.

During elections last spring SGA members discussed the outcomes along with what their future plans for the next school year would entail and what they can get accomplished for the York College campus and its student body.

SGA President Shaikh Amin said  he is pleased with the library and cafeteria improvements and as they approach another academic year, they intend to have more teamwork within SGA, an issue that has plagued past student governments.

By having a good team, they can achieve and get more done for the student body, he said.

During the meeting, Shaikh said that as president he wants York College students to be leading the path of success and at the same time getting a quality education for their tuition and being able to benefit from scholarships and educational programs on campus.

“It’s an honor to serve the student body. There has been a 70 percent improvement,” said Amin. “We want to improve the activities on campus, but we need to create awareness with ourselves first. We can do a better job this year, we are going to negotiate for more club activities and career service aspects.”

In addition he said that SGA is working on improving the state of the bathrooms and the library services by creating a more settled studying environment for students. Amin said having more quiet sections in the library, improving the Wi-Fi and more computer cubicles for students to study is a project that SGA will be working on.

The Student Government Elections were held in the spring 2014 semester from May 1 through May 7, where members of the York College student body voted to elect SGA senators.

While some of the students’ focus was on the election itself, there were several concerns that were brought to the attention of numerous members of the student body about the election voting process, according to Geneva Walker-Johnson, vice president of Student Development at York.

The clash was reported in the May edition of Pandora’s Box, where students running for office had complained that the election process was unfair and too complicated for York College students, despite a vast campaign by each of the contenders. There were also several complaints about various irregularities and five candidates were disqualified.

According to Johnson, following those allegations, during the period of May 14 through June 30 the Student Elections Review Committee (SERC) investigated the accusations in accordance with the University bylaws. On Aug. 5, the president informed the students of her decision upholding the SERC Committee and the candidate disqualifications. Three of the five students appealed the decision, but were rebuffed.

The low voter turnout has given SGA members the idea that outreach may be a better goal.

“A lack of communication is one of our biggest problems. We’re trying to better Student Government and make it bigger,”  said SGA Vice President Gesmen Begum. “Students can come to us with their concerns and we can make a solution.”

Some students, though, are happy with SGA as it stands.

“Student government is doing great, they listen to the students and they get stuff done,” said Elliot Wiseman, Jr., a York Physics major. “They got us a better cafeteria, I voted because I wanted people to change things around here.”