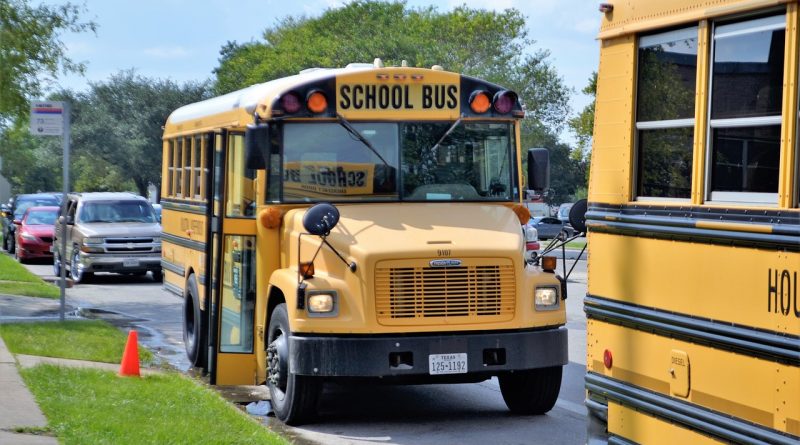 In the wake of school shootings and calls for stricter gun legislation, the thought of arming school teachers as a means to prevent violence doesn’t agree with many education professionals at York College.

The students at the Marjory Stoneman Douglas High School in Parkland Florida experienced death and terror on Wednesday, Feb 14. Nikolas Cruz, a 19-year-old who was once expelled on disciplinary issues, walked into the high school with an AR-15 assault rifle and killed 17 students.

Issues surrounding this incident stem from loose legislation on gun control across the United States. Educators and lawmakers are at an impasse on how to prevent the loss of life similar to what occurred in the Florida high school.
In the aftermath of the shooting President Donald Trump vacillated wildly between pledging to protect gun owners rights at a national conference for Conservatives on Feb. 23 to suggesting the seizure of guns from people without due process at a meeting with members of Congress on feb. 28.

In an erratic series of Twitter messages he has suggested that the age for buying a gun be increased from 18 to 21 years-old and that school teachers carry guns to work to prevent further shootings.

“Armed Educators (and trusted people who work within a school) love our students and will protect them. Very smart people. Must be firearms adept & have annual training. Should get yearly bonus. Shootings will not happen again – a big & very inexpensive deterrent. Up to States.,” Trump tweeted.

Meanwhile corporate officials reacted to the media attention around the shooting ahead of any legislative maneuvers.

Big retail stores Walmart and Dicks Sporting Goods, who are certified firearm and ammunition sellers, changed their policies on selling high capacity firearms on Feb. 28, according to a New York Times report. Federal law requires buyers of handguns to be over 21, but semi-automatic rifles could be purchased at 18-years-old. The two retailers will now require all weapon buyers to be 21-years-old and older.

The assertions by Trump and other leaders to arm school teachers drew little support in New York and at York College.

“I understand the Second Amendment is important to a lot of Americans, but at the same time it was designed in the idea of muskets,” said Samuel Williams Jr, the Student Veterans Club President at York College. “I think if someone saw anyone put a bunch a cannons in their house, it would be cause for concern.”

Williams served in the military with three tours in Iraq and one in Afghanistan. His 15 years of experience in infantry exposed him to the rigours of combat and active gun safety practices. He shared doubts that gun legislation would stop people from purchasing semi-automatic rifles and thinks that giving school teachers weapons is “the stupidest idea in the world.”

“You have a trained police officer (Sheriff Scott Peterson) with a gun that didn’t go in there (the Majority Stoneman High School). You have some people who are about saving other people’s lives and some people who are not,” Williams said. “When you give a person a weapon in a frantic state, and they are trying to save their own life, human nature tells us we have the potential to be destructive. Some teachers don’t even know the student’s names and you want to give them guns? Trust them to hit the right targets?”

Williams believes state legislators need to focus on ensuring that gun owners have good mental health, are taught gun safety, given strict regulations and a well-rounded education.
Dr. Xin Bai, an Associate Professor in the Teacher Education department at York pondered the idea of teachers carrying guns and felt there are other ways to prevent school shootings.

“I am not against allowing lawful citizens without mental illnesses to own a gun for the purposes of personal safety or entertainment, but I am against arming teachers with guns,” said Bai. “I do not feel I will be competent enough one day that I can calmly shoot a campus intruder like a trained police officer or a soldier.”

Bai resides in New York as a self proclaimed subway surfer and says she never once thought guns were necessary in the school environment. In a situation like the shooting in Florida, Bai recognized that no one truly knows the best way to react, but doesn’t doubt she would do anything to protect her students.

“If the occasion arises, I don’t think I would hesitate fighting for the safety of my students, but I don’t trust my ability to achieve it with guns,” said Bai. “Acquiring those skills (handling firearms) takes training and practice. How can I guarantee that I do not shoot some innocent people in the chaos?”

The concerns expressed by Bai are reflective of what many parents and educators have shared in light of recent events. Statements from the United Federation of Teachers and New York City Department of Education both disagree with creating safety through firearms.
“Teachers should be marking papers, not being trained in marksmanship,”said UFT President Michael Mulgrew in a statement on Thursday, Feb 22. “We need to be preparing our lessons, not learning how to reload a gun.”

A nation wide walk-out event in high schools across states was addressed and supported by Mulgrew the day before his reaction to gunslinging teachers. The walk-out is supposed to protest the selling of semi-automatic rifles and encourage lawmakers to modify gun laws.
“We have a real problem in this country when children must advocate for their safety because some elected officials in Washington won’t,” said Mulgrew. “We are proud to stand with students to make this country a safer place.”

High school students in NYC were encouraged to participate in the walk-out by Mayor Bill De Blasio in a press conference on Feb 21. The peaceful protest was said to take place on Wednesday, March 14.

Yvette Simmons, an Office Assistant in the York Teacher Education Department, also feels like having armed teachers in schools wouldn’t solve the larger issue of gun safety. She says having guns in classrooms would further perpetuate the problem.

“For me, the argument is not an individual’s right to possess a firearm, but why does anyone need an assault rifle that holds a magazine with 40-50 bullets,” Simmons said. “What could you possibly use such a weapon for, unless you are intentionally looking to harm, hurt or kill as many and as much as possible?”