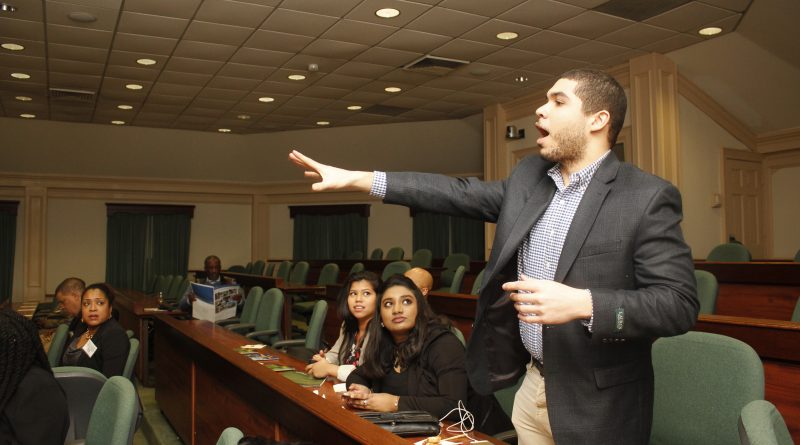 As part of their advocacy devoted specifically to York College, delegates also emphasized the need to allocate funds to the begin building the proposed Academic Village and Conference Center. In 2015 the New York State Budget granted York $30 million dollars in capital funding towards the building.

But York College President Marcia V. Keizs said although she is thankful for the support, it is not enough to fund the project.

“We need about $350 million dollars to start this project,” said Keizs. “I am delighted that the state legislature has supported this effort. But the company that is building this infrastructure needs a certain amount to start this for the students.”

Delegates also pushed for increased funding for York’s Academic Building. The building requires a complete infrastructural overturn, according to some members of the Student Government Association.

“York is a great school and it needs to look like a great school,” said Antoine. “If we can have a more revamped building, it will be a better learning environment for the students and faculty.”

“When I went, which was about 20 years ago, the building looked way better than this and students still complained,” said Phillips. “So I can only imagine now how bad it may look to incoming students compared to other institutes. We are in 2017, and York gets the least amount of money in CUNY. The money should be granted. They’re asking for a building and some renovations not dorms like other colleges.”

Although York had the support of other delegates, New York State Assemblywoman Vivian Cook said York needs to focus on internal factors instead of a building.

“Before you guys come begging me for just $350 million, start begging the people you guys house in your school for more money,” said Cook. “York needs to start looking at the demographic first. Stop looking at long term goals and try to fix the short ones first. Start asking your parents to get more involved. Before having fancy, executive breakfasts, start thinking about how to save that to get the $350 million. Your president came to me last week asking for that pocket change, and I’ll tell her what I told you. No.”

Cook is referring to the trip President Keizs and Assistant Administrator Earl Simmons took to Albany on Valentine’s Day to advocate for the Academic Village.

While York delegates plan to return to the capital next month to lobby again, York Social Work major, Namou Sylla, said it is a waste of time.

“I know the speakers said we should fight until hell freezes over, but we seem to be frozen already,” said Sylla, who also attended the caucus.