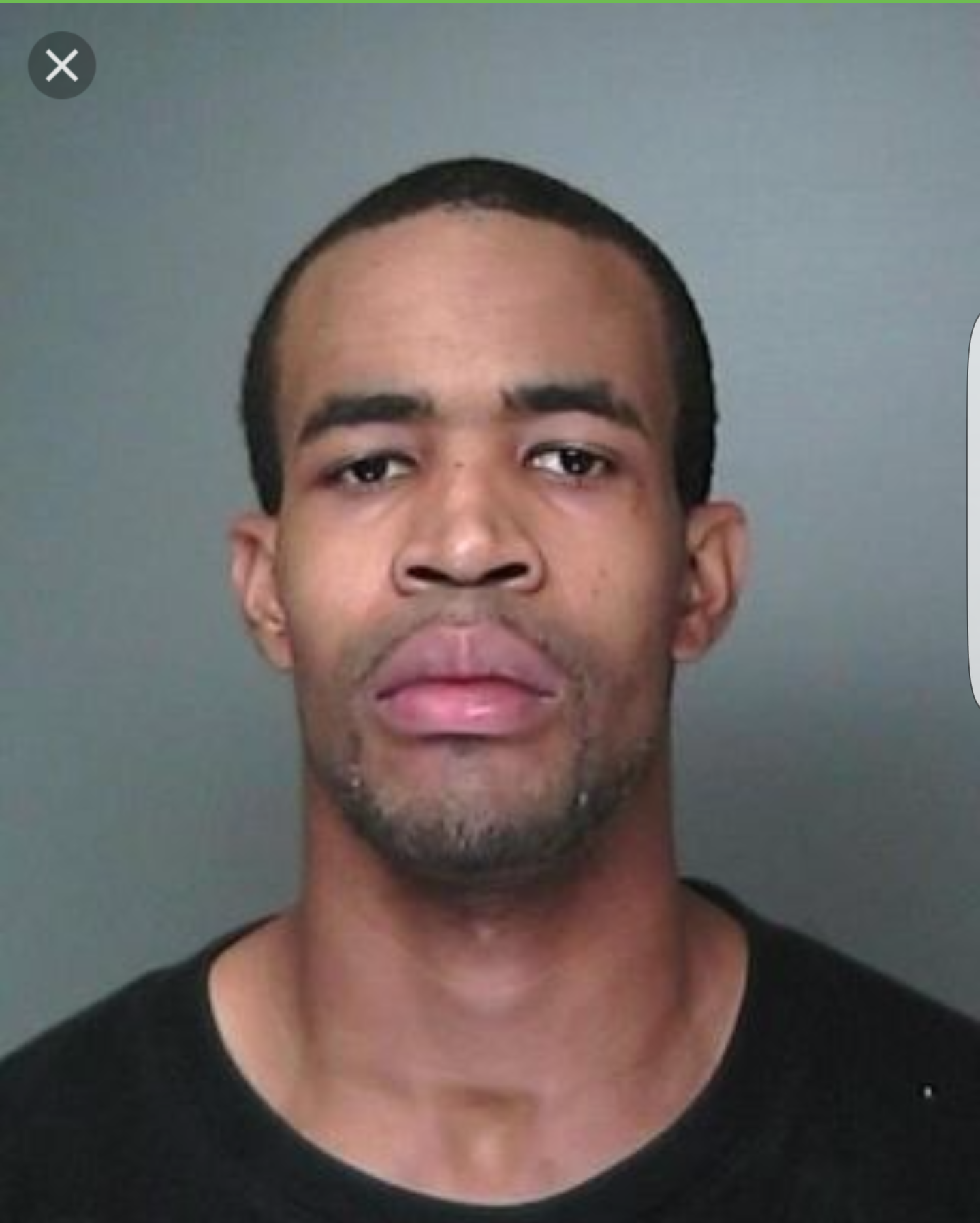 Donnell Festus, 31, is currently fighting for his freedom. He is facing forever, fighting a life sentence for a crime he did not commit: Murder. One shot to the head in broad daylight, near a busy highway. Nobody testified to witnessing the shooting,  no forensic or video evidence placed Festus at the crime scene. A strip-club dancer turned state’s witness with numerous versions of her story and a coerced confession were all the DA needed to convict him.

Donnell Festus, my brother, wants his story told with hopes of getting help and being released.

Oct. 19, 2008 Festus was in a sound studio putting the finishing touches on an album when he was invited out to a party in Suffolk County by Donovan Raysor, known as “Sin.” The party was at a club called Shady Als, where Raysor’s girlfriend Monique Randall, known as “Mo,” worked as a dancer. Festus was going out there with the intention of hanging out with females, but what he didn’t know was that Raysor and Randall had a different plan.

Randall had been propositioned by a man name Ronald Thornton, who offered her $8,000 to find someone to murder his business partner James DiMartino. She got her boyfriend, Raysor, involved and the couple met with Thornton several times to discuss the details of how the murder was going to play out. Upon getting to the club, Raysor and Randall met with Thornton, wanting to commit the murder that night but no one had a weapon and they figured it was too late to lure DiMartino out of his home. While they were meeting, Festus partied clueless to what was about to happen.

That night the trio of Festus, Randall and Raysor crashed at a motel in Commack.

The following day, James DiMartino was shot in the parking lot of Sil La Joung restaurant in Commack, Suffolk County by Raysor. Festus maintains that he left the motel to visit a friend of his named Isabella that day and was unaware that a murder had occurred. When he returned to the motel, Raysor was pacing nervously, and Raysor and Festus went to the Mayfair Shopping Center less than a mile away from the crime scene.

Raysor went on a shopping spree, allegedly with money he received for the hit on DiMartino, while Festus just walked around ‘window shopping’ and talking on his phone. Videos of the two in the mall were shown to the jury, with Raysor having all the bags, then asking Festus to help him carry some of the bags. After shopping, Raysor changed his clothes in the mall, presumably to get rid of any evidence.

Nearly a month after the murder, Festus was awakened by two white men whose badges were not visible. They came with an arrest warrant for ‘Donte Smith.’

“A red flag went off in my head, and it came to me that my younger brother name was Donte; he could have used the name Smith as an alias,” Festus said. “At the time, I was hoping my brother was not in any trouble.”

On the car ride to and unknown location, Festus said he was beaten nearly unconscious, while his hands were cuffed behind his back. The unidentified men rode all the way to Long Island, during which Festus became very nervous because he knew that Long Island did not have jurisdiction over him.

“On the ride, I wondered if I was being kidnapped,” Festus said. “But I was thinking who would be kidnapping me? I didn’t have any enemies.”

According to Festus, the police were using racial slurs saying “This ain’t the NYPD, we hang niggers in Suffolk County,” and “We brought you through the back door for a reason. Nobody saw you come in. Nobody will see us carry your body out. Nobody knows where you are. We can kill you right here, right now, and get away with it.” He also claims they continued to beat him up trying to get him to talk about the murder of James DiMartino.

After 12 hours of not giving up information on the murder he maintains he knows nothing about, not allowed to speak to a lawyer or make a phone call, the police interrogating him left the room, then walked back in with a stack of papers containing a false confession that they wrote up themselves, yelling at him to sign them. He claims that after one officer told him they will hang him, and say he committed suicide, he broke down and signed the confession. After signing his life away, they took out a recorder and told him to read the first line. He did. It was confessing to the murder.

Four days later Randall pled guilty and entered into a cooperation agreement with the Suffolk D.A.’s office in exchange for a reduced sentence. But after entering into the agreement to cooperate with the prosecutor’s office, her story changed. It went from a robbery gone bad to a murder-for-hire.

During Festus’ trial prosecutors presented over three dozen witnesses, only one of whom had any direct knowledge of the crime: Monique Randall. There were no eyewitnesses to the crime, nor any witnesses who’d seen Festus commit any criminal act.

There are no witnesses or video evidence of the murder taking place. Nor is there any audio or video evidence of any of the conversations that Randall claimed took place. There were no weapons recovered in the case, and no proof, other than the words of Randall that Festus was ever in possession of a weapon at any time.

Along with the testimony of an accomplice who admittedly made several false statements, the prosecutor ADA Nancy Clifford also relied on coerced statements from the police, cell phone records that had no connection to Festus, video evidence which did not depict Festus engaged in any form of criminal activity, items purchased by Donovan Raysor which had no connection to Festus and assortment of witnesses who did not witness the crime and failed to implicate Festus in the shooting.

“From day one the prosecution had gone out of their way to violate my constitutional rights, and get a conviction by any means,” Festus said. “The prosecution introduced false testimony, vouched for and bolstered the testimony of witnesses. The prosecutors also discussed matters that were not in evidence and made numerous prejudicial comments that denied my right to fair trial.”

Festus believes that his lawyer was guilty of ineffective assistance of counsel. The attorney failed to object to the violation of his Miranda rights, failed to move for a dismissal of the indictment on the ground that a witness admitted lying to the Grand Jury, failed to object to the numerous instances of prosecutorial misconduct, failed to request a hearing for probable cause because he was arrested without a warrant. Before and during the trial the lawyer reassured Festus’ family that he thought his client was going to beat the case.

When it came to the verdict, the foreman, a 25-year-old black woman, did not want to read it. She was uncomfortable reading the verdict to him. She had her arms folded across her chest, with a look on her face. So they passed the verdict to juror #2, an elderly white woman, who was happy to read the verdict and was happy to put this man away.

Festus was convicted of murder in the first degree, murder in the second degree, and conspiracy in the second degree. On September 1, 2010 he was sentenced to life without parole. Raysor and Thornton were also convicted of first-degree murder and sentenced to life without parole. In exchange for her guilty plea and testimony against the other defendants, Randall received a sentence of 15 years-to-life. She is serving her sentence in Bedford Hills prison for women, and will be eligible for parole in 2023.

Festus is currently serving his time in Attica Correctional Facility and working to appeal his sentence.

“When released, I want to become an activist; I want to fight for all the people who are going through what I am going through. I want to be the voice of the voiceless,” Festus said. “I’ve spent the past eight years teaching myself the law. I am fighting an uphill battle against people who’ve been practicing law for decades, and have formal law degrees. I am currently preparing a motion that should get me out of prison. I am prepared to fight for as long as I have to.”