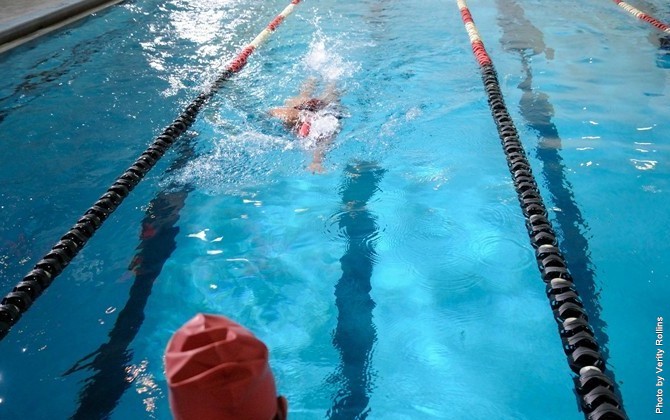 Men’s and Women’s swimming teams started out slow with 11 losses in total and look to rebound in the next three home meets to turn their season around before the end of January.

One key issue that has affected the teams performances at the meets is lack of practice. Freshmen Marissa Buchanan describes the need for practices on the losses from the meets.

“I am hoping that these losses helps the team see that they need to come to practice more,” said Buchanan. “Everyone on the team is trying much harder in practice to prepare for the rest of the season.”

Buchanan is in her first year with the team. She won the 1000-yard freestyle in the double dual meet against Bard College and The College of Mount Saint Vincent. Although the players aren’t finding the time to practice hard and executed well in the meets, most of it is on the balance between school and swimming. Assistant Coach Robert Trotman believes the swimmers are having a hard time balancing school and practice.

There have been top performers in the season despite the balance and school. On the men’s side, Freshmens Travis Henry and Justice McCain also exceeded well in the double dual meets. Henry won both the 50 yard freestyle and the 100-yard backstroke. McCain also won both the 100 and 200 yard freestyle despite falling short as a team. Trotman does not take away their effort and commitment in the practices and meets, but makes sure that school comes first before swimming.

“I try to help them as a coach with the limited time i have with them by letting them know if they’re feeling too much pressure, school has to come first,” said Trotman. “They’re good swimmers, great people but sometimes the pressure of school that interferes with them putting in more time at practice.”

But the teams remains positive they can improve for the upcoming meets. They are focusing on putting more effort into practice so it can reflect during the meets.

“I don’t know what is to come for the next meet, everyone has gotten much better with every meet we’ve attended,” said Buchanan. “As a team we are all very positive. Even though we do not win a meet or an event at practice we will work on it to do it better at the next meet.”

The teams haven’t found their flow but are trying to make adjustments and showing up to practices. No matter how limited the players have between school and practice, they are giving it their best.

“They might miss a practice so we try to make sure that they can have maybe one or two workouts to get them on that level so that they definitely do a lot better next meet,” said Trotman. “They do workouts that give them strength but at the end of they day school has to come first and as coaches we have to work around their studying schedule and try to teach them as much as we can in the limited practice time they have.”

Both teams next meet will be on Jan 8 against the College of Staten Island.