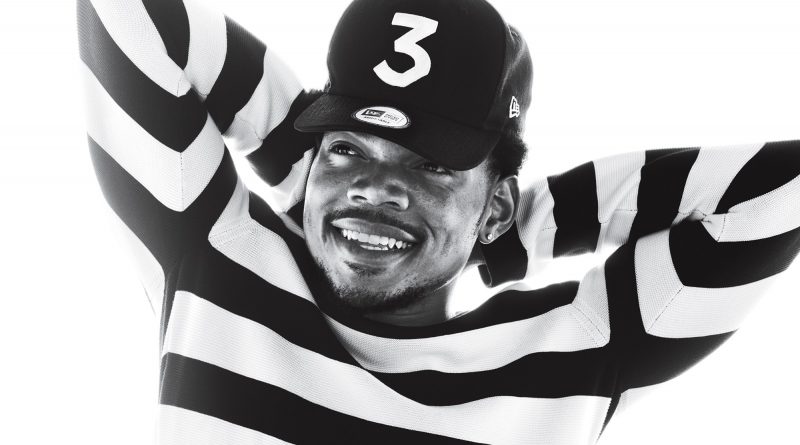 Chance the Rapper refuses to join a label,claiming that the music industry will only “ruin” his music. Chance the Rapper is named Chicago’s “Outstanding Youth of the Year ” and has won countless awards for his music. He is one of the most sought after independent rap artists. Photo Credit: GQ.COM

Chance The Rapper became the first artist to win a Grammy without selling physical copies of his music.

Chance has hardly sold any music at all. He releases his songs online for free. This year he won three Grammys for best new artist, best rap album, and best performance.

How did this young man from Chicago rise to frame all while not selling any music and not begin signed to a music label? In his senior year of high school, Chance recorded his first full-length project, a mixtape titled 10 Day, also known as #10Day. He wrote the album during a 10 Day suspension from high school. Two months after releasing 10 Day, Chance was featured as one of Complex magazine’s 10 New Chicago Rappers to Watch Out For.

He began to gain more of a following when he put out his second mixtape in 2013 titled Acid Rap. At this point in his career Chance had turned down every major recording label that wanted to sign him.

After the birth of Chance’s daughter, he was inspired to make a new album.  This album was something different. The album was based on God, love, Chicago, and dance. His new found faith with God began to play a major role in his music. This was a true turning point in his career.

This project was called Coloring Book. It was different from his previously released projects and had nothing to do with sex and drugs. This new album, that was released in 2016, was filled with lyrics that were all from scriptures and boasting of God’s Blessings.

Once the project started picking up steam, big names in the industry were reaching out to Chance. But, he still refused to sign a record deal. He raps about how he wants to keep record labels away from his music.

One of his hit songs, Blessings, expresses his unashamed faith in Jesus Christ. In one lyric he says, “I’m gonna praise Him, praise him until I’m gone.” Chance isn’t afraid to show his love for Christ and that is why he appeals to the younger generation.

When he accepted his Grammy he took to the stage and sure enough gave all the glory to Jesus Christ. As the night progressed, Chance took the people in the audience and the viewers at home to church. He sang How Great with background vocals from a choir and was accompanied by two of Gospel’s biggest music stars, Kirk Franklin and Tamela Mann.

“As a young Christian, I loved that he brought out my two favorite artist,” she said. “He puts scriptures into his music.”

Chance is making his imprint on the music industry. He owned the stage at the 58th Grammy Awards sharing his inspirational message, unwavering faith in Jesus Christ and brought the glory of God to mainstream television.