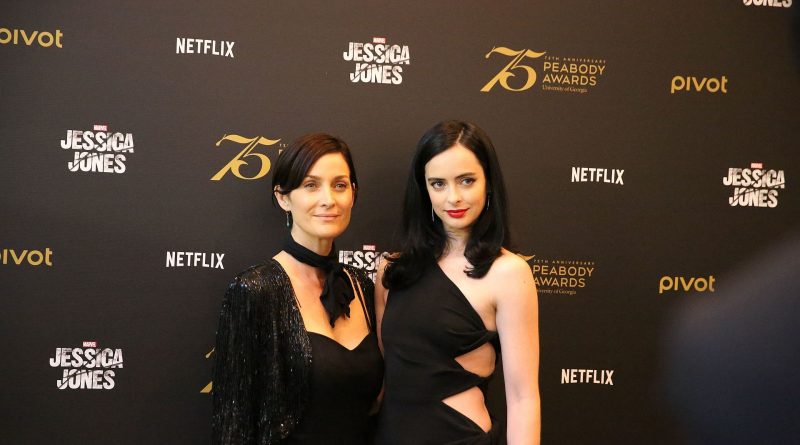 Marvel’s Jessica Jones returned with its second season this month.

The series, which stars Krysten Ritter, made its debut in 2015 and was met with positive reviews and commercial success.

The second season that was released this month was almost as good as the first. It starts off with Jessica Jones returning to work as a private investigator after murdering Kilgrave (David  Tennant), the villain from the first season. We quickly figure out from the first episode that Jessica Jones is still a raging alcoholic with issues she still hasn’t confronted. We also find out that she’s gotten more popular as “super” human, which she doesn’t seem to like. The whole second season serves to answer the question, who is Jessica Jones?

Jones is unsure of how to answer that question. Her guilt over murdering Kilgrave, and acting as a vigilante makes her question everything she knows to be true about herself. She doesn’t believe heroes kill people, and she’s not sure if she even wants to be one.

Jessica Jones’ drinking habits have worsened in the second season, as have her anger issues. It gets so bad that she end up attending anger management at one point in the season.

In the second half we also see Jones’ realizations about herself and her support system, which sums up why she’s such a great and complex character. The show really does take its time to develop her and let us know exactly who she is. We get to know the origin of her powers, we get to know what she thinks of herself and the role she plays as a person with superpowers, and we get to see where she’s headed next.

While season 2 isn’t as action packed and full of shocking surprises as the first, it’s definitely worth watching. Jessica Jones stays intriguing because she’s such a three-dimensional character. She’s not always the perfect hero and she’s still exploring who she is. That’s why the show continues to stay fresh, and why we should keep watching.