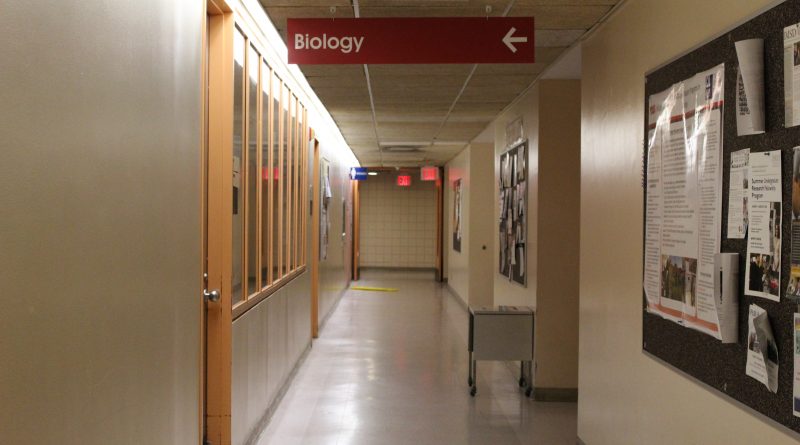 York College has become one of three investigative teams to be awarded almost $570,000 for an ocean research grant. The grant was provided by a partnership between the New York Sea Grant and the Department of Environmental Conservation.

The other teams included are Stony Brook University and the Wildlife Conservation Society.    The grant will help the teams discover the variety of life in the ecosystem of New York’s coast and research species and uses of the environment around it.

The research grant is set to begin in March of 2019, and represents just one of two requests for proposals awarded through 2021, the other through 2023. An amount of $174,000 is being allocated towards research that will involve the application of environmental DNA analysis to biodiversity evaluation and long-term ecological surveillance across New York’s marine waters.

This means that testing the various marine life of the New York Bight, (an indentation along the Atlantic coast that stretches from Cape May in New Jersey to Montauk Point in New York) and the submarine Hudson Canyon will show the coastal ocean ecosystem and the animals that live in or visit New York’s ocean environment.  Outreach to explain the discoveries at the New York Aquarium, will be the focus for researchers such as Dr. Elizabeth Alter, a biology professor at York, along with colleagues from the Wildlife Conservation Society.

“Our study is to use a new technology called environmental DNA analysis in order to figure out where marine species live around New York’s offshore waters,” said Alter.

According to the United States Geological Survey, environmental DNA is from cellular material shed by organisms through skin, excrement, into the environment, either water or land. The DNA can be sampled and monitored using new molecular methods.

Two students at York were recently involved in environmental DNA projects with Alter.

“We basically isolated the DNA, amplified the DNA, then sequenced the DNA, with various techniques that she taught us,” said Vimal Ramnarain, another senior.

Vimal and his brother, Davendra, are both Biology majors who are passionate about the research and hope to be more involved in it, despite conflicts on the rise.

“Dr. Alter is away right now and her graduate students are also not here, so we currently can not access the labs and get our DNA and information,” Vimal said. “We did want to help out this semester as because it will be our final semester, and be more involved until we leave.”

“The overall goal is to better understand the biodiversity that thrives in the New York marine ecosystems, and to examine the relationship between how we as humans are using our coastal environment and species that live there,” said Alter.

“We’re trying to help New York’s agencies such as DEC and NYSG to best manage and protect marine species,” Alter added. “But to do that we need to better understand where those species live and how they move around during seasonal cycle.”