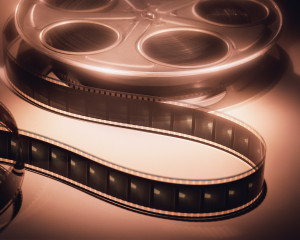 The Department of Performing and Fine Arts hosted a screening of local director Joe P. Chan’s first feature film  at York College on Sept. 4, with Chan in attendance.

Part of the “Life in the Lens” series, which explores New York City professions in visual media, Chan presented his film “A Picture of You” as part of York’s annual Week of Welcome activities. The annual event invites new and returning students back to school at the start of each academic year.

The film follows a pair of estranged siblings, Kyle and Jen (played by Andrew Pang and Jo Mei), who travel from New York to rural Pennsylvania to pack up the belongings of their recently deceased mother. As they are forced to deal with each other for the weekend, the siblings make a shocking discovery that sets in motion a mystery that the pair are conflicted about solving.

The movie focuses on a number of elements, one of which is grief (juxtaposed to the film’s comedic tone at times). The two siblings express their grief over their mother’s death in different ways while also dealing with their own strained relationship with each other. The movie starts off immediately as a bit of a downer with a slow, lingering, solemn scenes of the siblings packing up their mother’s things and reminiscing about their time with her as kids. The movie picks up once the risque discovery is found on their mother’s computer.

“It’s based on my grieving process when my mother died” Chan said after being asked if the movie was autobiographical. “I wanted it to be honest to the experience I had.”

The siblings try their best to understand that their mother was living a life they had no idea about. However, the different ways by which they deal with it show a contrast between the two main characters. While Jen actually wants to find out the truth, Kyle would rather bury his mother’s past and forget it for good. The conflict between the two characters carries the film quite a ways as the two sides clash in compelling ways.

Jen’s boyfriend Doug and best friend Meeka (played by Lucas Dixon and Teyonah Parris of Mad Men), accompany the duo helping them get to the bottom of the mystery behind the shocking discovery. Dixon and Parris give memorable performances, providing some of the film’s witty comedic moments.

The movie was shot in primarily in Pennsylvania two years ago, where it took more than a year to finish and distribute. The film has received some rave reviews from reputable media outlets including the New York Times and The Village Voice, as well as a number of awards at indie movies.  It is also worth noting that “A Picture of You” has gained positive buzz for bucking trends and starring two Asian Americans in the leading roles, (and another African American female actress as one of the two supporting characters), something forward thinking and refreshing by today’s standards.

Chan’s first full length independent work has its fair share of laughs and tear jerkers. It is an easy film to recommend. The movie will be available on iTunes in early October.