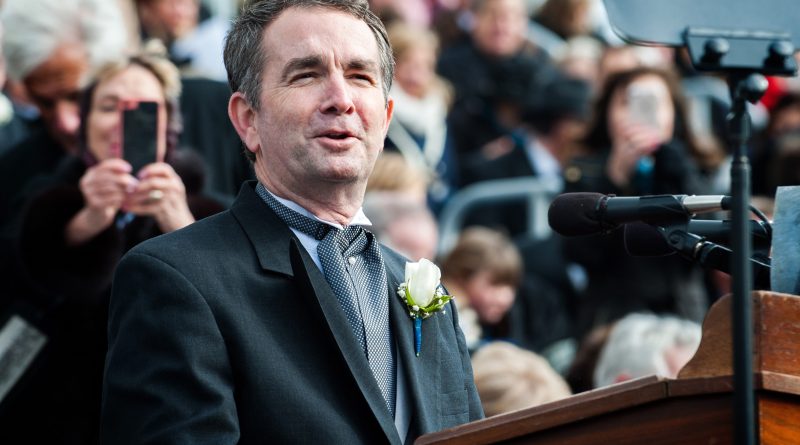 Despite calls for his resignation Virginia Governor Ralph Northam says that he will not step down from office. Photo credit:Craig on Flickr.

On Feb. 1, images surfaced from Virginia Governor Ralph Northam’s medial school yearbook from a conservative right-winged website, showcasing images of two unidentified students. One wearing blackface and the other in a Ku Klux Klan hood, which was on Northam’s page of the yearbook. Very shortly after the news had broken that Northam was indeed in the 1984 yearbook photo, he was quick to address the situation and apologize in front of a press conference. Preceding his “apology,” Northam then went on to note that he truly believed that it was not him in the photograph. He also discussed with Lieutenant Governor Justin Fairfax that he has no recollection of taking the photo, but there could be a “possibility” of him being one of the men illustrated in the photo. Clearly, he is lying. If that is not enough proof from the recent days to prove that he is indeed in that photograph, then I don’t know what is.

Northam isn’t the only notable figure who has received backlash for past issues regarding blackface. Last October, Former Fox & NBC News television journalist Megyn Kelly was widely criticized for her on-air comments regarding using blackface for Halloween costumes. She said on-air, “When I was a kid, that was okay as long as you were dressing up as like a character.” It’s the disgraceful comments that come from professionals that make it seem, to some, that this is acceptable in the society that we live in. Where we are meant to look up to these prominent figures, it makes it very difficult to. We are meant to have faith and high hopes for these figures, but when they pull an act like this, it questions what kind of people they are behind closed doors.

“I’m not surprised. This is America, this goes back to the slavery days in this country, so it’s not new. It’s just being reoccurred, but not new”, said Andrew Jackson, an associate professor of Philosophy and Anthropology at York. “If he didn’t pose for it, why would he apologize for it in the first place? There are residents in the state of Virginia who believe that this is just an isolated incident as a mistake to be made when he was young, and his track record proves for itself. There are other people who feel that, this is unforgivable for someone who is representing the state. For someone who felt and thought this way, in that period.”

It’s not a shocker that this has happened. This isn’t the first time someone of his ranking and status in politics has done or said something, then lied about it. Donald Trump made some quite disturbing comments about Haiti and Africa back in 2018, then lied and basically said that the information was taken out of its original context. Donald Trump did release a tweet, calling out Northam stating: “Democrat Governor Ralph Northam of Virginia just stated, “I believe that I am not either of the people in that photo.” This was 24 hours after apologizing for appearing in the picture and after making the most horrible statement on “super” late term abortion. Unforgivable!” That response alone is to be considered hypocritical.

Prof. Jackson noted, “He’s a hypocrite. Look at the source, look at all the damage he has done to his employees, all the people who has worked for him. The lies he has told over his administration, this is a person that you can’t expect to use the normal scale of right and wrong with, because he has his own concept of what is right. It’s completely different from the traditional scale of right and wrong with American society”.

Men and women of every color should never be discriminated against for the way they look, their skin tone, nationality, social status, or upbringing. Racism was never alright in the past, it’s not today, and together we must make sure that it never gets to the point where we have to question where we stand as being equal. As a nation, we as citizens must stand firmly with one another, when the people who we think we should trust let us down.

A governor is meant to be the leading figure for a state’s government. Just like any president would lead the federal government. Governors are supposed to show respect, consideration, honor, favor…the list is endless. One aspect that no person who holds high power should be accountable of is racism. Racism in the era we live in today is seen as a way to push someone’s values and achievements down. Some treat the topic of racism lightly. Some may think that it’s okay to use another’s looks, cultures and background for their Halloween costume. That’s a problem. The term that has been surrounding controversial topics of discussion is “blackface”. The definition of blackface is makeup that is used by a non-black performer, who is performing a black role.

“If someone starts to do something like that, it makes you wonder what’s in their mindsets to think that this is okay. The other side to that is, if you flip the coin and people of color in that society have done something like that, as an affront to white people. They wouldn’t be as forgiving about it,” Jackson said.