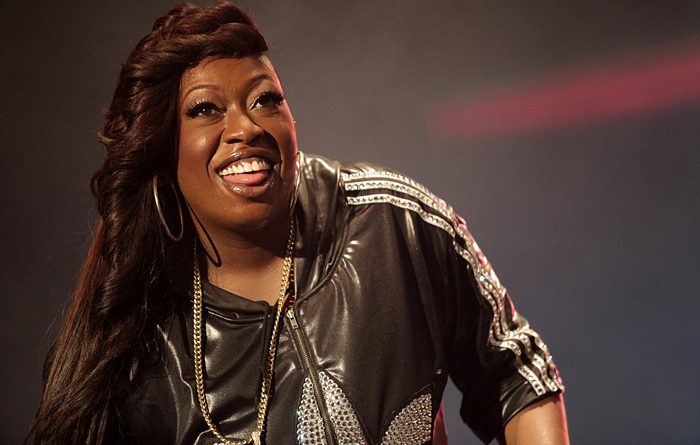 The 2019 Video Music Awards (VMA) was “shut-down” by three black women. Missy Elliott, Normani and Lizzo through their phenomenal performances.

First, let us start off with Missy Elliott. The 48-year-old singer was awarded the “Michael Jackson Video Vanguard Award” at the VMA’s, shortly after delivering her astonishing performance.

“This Michael Jackson video vanguard award means so much to me,” Elliot said. “I have worked diligently for over two decades. And I never thought that I would be standing up here receiving this award. So it means so much to me. I promise you it doesn’t go unnoticed that the support and love that y’all shown me over the years.”

Her performance had left the audience shocked, when she performed her most famous songs, which included, “Throw It Back,” “The Rain (Supa Dupa Fly),” “Get Ur Freak On,” “Work It,” “Pass That Dutch,” and “Lose Control.”

I truly think that Missy Elliott deserved more time for her performance, since she is one of the most influential black female rappers to shift and shape the black culture in music. With today’s tough hip hop music industry, Elliot still manages to find her own style within the crowd to make her stand out, and sends a message to other black females out there.

The next VMA performer was Normani Kordei, who goes by her stage name, Normani. She is a former member of the girl group “Fifth Harmony”. The 23-year-old, R&B singer, made her debut at the VMA’s by performing her debut solo single, “Motivation”, making it the first solo single from her without having a featured artist. The single was released 3 weeks prior to being performed in front of a live audience.

The influence of “Motivation” goes back to the early 2000s. Her style tells it all, hoop earrings, tank tops and studded skinny jeans which instantly reminds me of Beyonce’s 2003 hit, “Crazy in Love”. Her performance had left the audience stunned by showing off her amazing dance moves, and rhythm that kept everybody moving and even getting their jaws to drop. At the end, she was awarded “Best R&B Video”. It was her first MTV VMA nomination and win as a solo artist.

Finally, American singer, songwriter, rapper and actress Lizzo’s  performance at the VMAs left a strong message to all women of color in all shapes and sizes. Size does not matter and you must love yourself.

The 31-year old singer, made her MTV debut in 2016 when she was one of the hosts of MTV’s short-lived 2016 live music performance series “Wonderland.” The same year, Lizzo had struck a record deal with Atlantic Records. Where she had released her first major-label extended play, “Coconut Oil” on October 6, 2016.

Lizzo performed “Truth Hurts” and her 2016 released, “Good as Hell”, two of her top songs till date, at the 2019 Video Music Awards. One of which currently remains in the Billboard Hot 100 song for four weeks.

Lizzo was the ultimate showstopper at the VMAs with her beaming confidence and strong character. As a black woman who is not afraid of being herself, and loving who she is, she wants others to feel the same too, about their attitude, body and mind. With that, Lizzo famously uses “Truth Hurts” to remind us all that we are our own picture of female empowerment.

Her dancers and stage set transcended her performance by a “Sir Mix A lot” concept to carry her voice even further. Her performance made everyone look at her, possibly wishing to be at a concert of hers, instead of the VMA’s.

Lizzo wants everyone to remember that there is only one you, and that you love yourself because you are as real as anyone could ever get.

“Let me talk to y’all for a second,” she said. “It’s so hard to love yourself in a world that doesn’t love you back. Don’t stop fighting for your passion because your time is coming.”