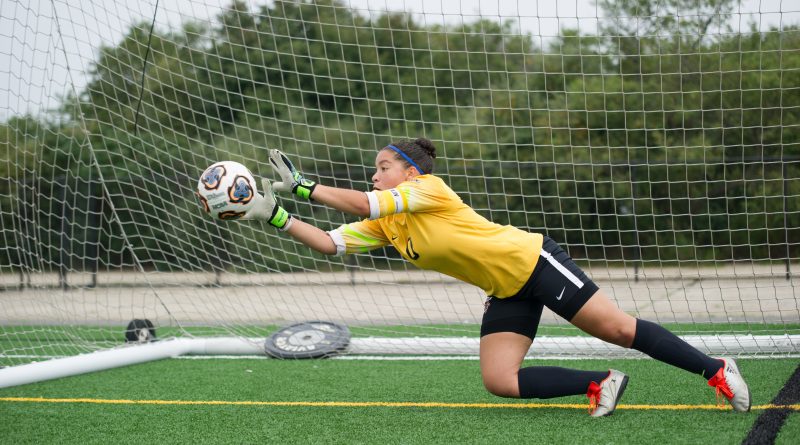 The 2017 Fall Season is over for the Women’s Soccer team at York although the team still in the process of rebuilding. The team ends the relatively short season with a record of 0 wins, 14 losses and 1 draw.  Their last game was against The City College of New York on Oct. 21, losing 0-14.

“The season is short, but it’s been a lot of stuff condensed in two months,” said Head Coach Jose Castillo. “One thing I wanted to be was honest with these kids, let them know what we were in for so they were not surprised.”

The team struggled this season from the beginning, from the late hiring of the new coach to only having six players to start the season. The Athletic Director Denee` Barracato hired Castillo in June of this year. Castillo comes to York with an experienced background in soccer outside of York.

Castillo coached four years as an assistant at Division II Molloy College from 2010-2014,  the New York Cosmos Training and Development Program from 2013-2017 and the Albertson Soccer Club since 2005.

The impact of the hiring experienced staff may not be felt this season, but Castillo is not giving up.

“I have a few friends that took college jobs, they were kind of left with a team in tact, we were kind of building from day one when I got here.” Castillo went on to say, “It’s going to take time, it be nice if it took a year, but realistically it’s a three to four year process.”

The team has only scored 4 goals in a total of 16 games, but the record doesn’t reflect the moves behind the scene. The roster has grown from 6 players to 19 players. Even though the season didn’t produce positive results, the experience this season has benefited the team.

“There is growth individually, there been growth as a team,” Castillo said, when talking about the progress the team has made.“It’s easy to see “oh these girls only scored 4 goals in 13 games”, but behind the scenes these girls are working hard.”   For instance for Gabriella Castillo a member of the team, it’s her first time playing soccer.

When speaking on the season, Gabriella talked about her experience playing soccer for the first time. “I never thought that I would fall in love with playing soccer since I never played it, but now that I played it I ended up loving it,” said Gabriella. Even with this being her first season and the disappointing  record, it hasn’t discouraged Gabriella and said “I’m still watching Soccer videos to learn more” in order to get better.

“I’m going give the team a week off to recharge the batteries and then we are going go back at it,” said Castillo.

For the players, they are hope to redeem themselves and get better next season.  Stephanie Gutierrez can’t wait till next season. When asked about next season Gutierrez got fired up.  “Oooh next season, going with this roster and improving on our strengths next season is going to be a huge improvement from this year, said Gutierrez.”