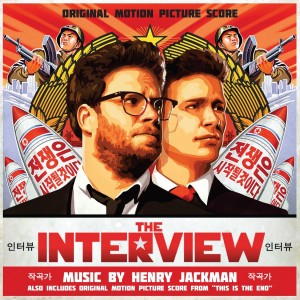 Of all the actors/comedians and movies you can think of, Seth Rogan and the movie “The Interview” would be the last ones on the list to get wrapped up in any type of controversy.

“The Interview” was made available for streaming on YouTube, Google Play, Microsoft, etc. on Dec. 25 after failing to make its original debut in theaters on Dec. 16 after North Korea issued a 9/11 style death-threat against SONY if they were to release the movie in theaters. As a result, SONY decided to make the movie available on the internet to viewers becoming SONY’s best-selling movie on the internet in history pulling in $31 million in consumer sales said USA Today.

Because movie theaters such as AMC and Regal theaters refused to show it, SONY had no choice but to scrap the movie’s original release sparking the outrage of individuals against censorship, especially actor George Clooney, saying, “we have allowed North Korea to dictate content, and that’s just insane” and President Barack Obama calling SONY’s decision to pull the film as “a mistake”. “

The Interview” is about a talk show host, Dave Skylark (James Franco) and his producer, Aaron Rappaport (Seth Rogan) of the tabloid show Skylark Tonight, are offered the chance to interview North Korean dictator Kim Jong-un, expressing himself to be a fan of the show. As their getting ready for this once and a lifetime opportunity they are then approached by CIA agent Lacey (Lizzy Caplan) asking them to assassinate Kim Jong-un while conducting the interview.

The movie is a satire making fun of the dictator Kim Jong-un, poking fun at his narcissism, his affinity for American culture but hatred for America, and the citizens of North Korea blindly believing he is a God. Examples of these moments include un’s propagandist (Diana Bang) orchestrating the entire interview where they basically have Skylark “interview himself (un) with Skylark’s mouth”, being a fan of Skylark’s show but wanting to blow up the U.S. purely just to exert his power against them and the citizens believing he doesn’t “pee or poo”. The movie also makes fun of tabloid shows in the media the beginning of the movie, for example by having Rob Lowe admit his baldness and having Eminem come out as homosexual, leaving “breadcrumbs of gayness” as well as making fun of Skylark’s personality as a charismatic but dimwitted talk show host.

The movie had received mixed reviews since its release. The movie, although not hysterically funny, has funny moments that are overshadowed by the controversy of the cyber-attacks. In the movie you see mostly Franco playing the funny man throughout the movie and Rogan being a little bit more serious being the guy that sees the things Franco’s character doesn’t see about Kim Jong-un and North Korea. However, although the movie is meant to just be funny, you are able to see the movie bringing to light the issues in North Korea such as human rights and North Korea’s brainwashing of its citizens according to escapees from the country.

The cyberattack was in response to the satirical idea of assassinating Kim Jong-un. Although denied, Pyongyang, the capital of North Korea, described it as a “righteous deed”. The U.S. retaliated by placing sanctions on three North Korean organizations and 10 individuals. The hackers used proxy servers in an attempt to disguise the cyber-attacks from North Korea but failed to disguise all of them, something the FBI called “sloppy”.