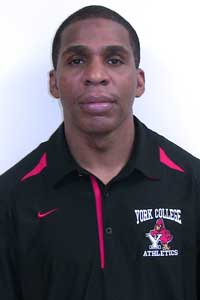 The York Lab Technician arrested in January of 2018 for selling cocaine on campus pled guilty and received a year in jail and another year on probation at a sentencing hearing on Sept. 11, court officials said.

Timothy Hawkins, who joined the full-time staff at York in the Health & Physical Education department in 2008, was convicted of third degree criminal sales of controlled substance.

Hawkins and his alleged supplier, Barry Salter, were the subjects of a nine-month surveillance operation by the New York City Police Department and District Attorney Richard Brown’s office that began in April 2017, according to a press release form the District Attorney’s office.

Hawkins was charged with 13 felony charges and one misdemeanor, and Salter got hit with 18 felonies. Both men were arrested last January.

On multiple occasions Hawkins left York campus with cops posing as drug buyers to Salter’s home to buy cocaine, and then returned to campus.

On two occasions, Hawkins allegedly conducted sales on campus grounds near the Queens High School for the Sciences.

During a search warrant of Salter’s home, police seized two kilos of cocaine, two digital scales, a money counter, and $2,000 in cash.

Hawkins was held for four months after being taken into custody without bail. He had six court appearances before he was arraigned, and his case was transferred to the Supreme Court.

He got an arraignment and a plea hearing on July 11, where he waived his right to appeal for his felony charges in a Superior Court information.

After getting his sentencing pushed back twice, Hawkins received the promise sentence of one year and one year post-release on his right to appeal waiver at the Queens Supreme Court. He had a surcharge of $300 and a $25 assistance fee.

His co-defendant, Barry Salter, is due in court on Oct. 10.