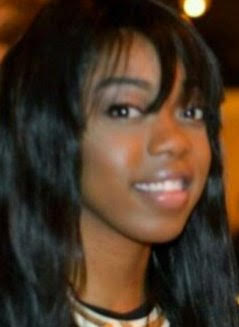 Juliane Williams, the mother of a York student who died in 2016, is seeking the college community’s help in petitioning the local government to name a street in her honor.

In the petition Williams is asking for the section of Junction Boulevard where her daughter was killed to be co-named Doniqueca Cooke Way.

“I take signatures from the community but I need to involve my college community,” Williams said. “People sign and put their signature, what they have to say about her, leave their emails and stuff like that.”

Cooke was killed in June of 2016 when the driver of a speeding vehicle lost control, which jumped the curb and struck her. Cooke, who was known to her friends as “Niiqua,” aspired to be an occupational therapist.

Williams provided Pandora’s Box with a copy of the petition to be signed if any member of the college community is interested in signing.

Williams also said she is working with the office of the president and the college administration to make copies of the petition readily available to students, such as in the library. She also plans on working with the Student Government Association on this issue.

Williams, who was also a student at York, said that before her daughter’s death they both had plans to graduate together. Williams had passed her nursing exam toward her pursuit of a Bachelor’s degree in Nursing at York while Cooke was an Occupational Therapy student.

When the tragedy happened, Williams was unable to return to school, so she got involved with the community. She taught English as a Second Language at her church and also began donating slightly used clothes to clothing drives for the poor.

Williams said she is trying to resume her education at York for the Fall 2019 semester.

“Because I was in grief, I can’t really resume normalcy in my life to come back to school and stuff,” she said. “I just started to do community work.”

Subsequently, she started a foundation called NiiquaBeeFaith as a result of the community work she was doing in honor of Cooke’s memory, along with the support of Cooke’s friends.

The mission of the foundation includes raising awareness about reckless driving, doing community work for those in need while giving back to the community at the local level but also aspiring to a global level.

“So, we just get involved in all things that are of service because that is what my daughter was,” Williams said. “Niiqua was in everything. She loved and she cared, so she did a lot. So the foundation was designed to give back to the less fortunate whilst denouncing reckless driving in all forms because she was standing on the sidewalk just waiting to cross when the car got up there and took her life. So that’s what her foundation is about.”

Williams is also persuading York College to award her Cooke’s bachelor’s degree posthumously. According to the college’s official rules, a posthumous degree can only be awarded when the deceased is in senior standing with at least 90 credits completed.

According to Williams, Cooke had less than 90 credits before she passed away.

“It’s not fair for any child so hard-working to live their life like that and the college has a rule whether they should graduate and I’m trying to override it with the help of politicians and pastor and everybody. Including alumnis, nursing students and her fellow classmates,” Williams said.

“What benefit is this?” she asked. “It is to honor their life and it does something for us, for me as the mother. My daughter’s life was taken unjustly but at least her hard work was accounted for.”

Williams said she is hosting a vigil in honor of her daughter for the third anniversary of her death on June 29. The vigil will be held at the intersection of Junction Blvd and Horace Harding Expressway where the accident happened.

“If there is anyone who is interested, in music or performing arts that is willing to do something, I welcome it,” Williams said. “So we just don’t have politicians stand and talk and we have young people involved. We’re going to be giving t-shirts and buttons.”

If anyone is interested in signing the petition stop by the Pandora’s Box’s office, located at 2C13, Monday to Thursday from 12 p.m to 5 p.m.