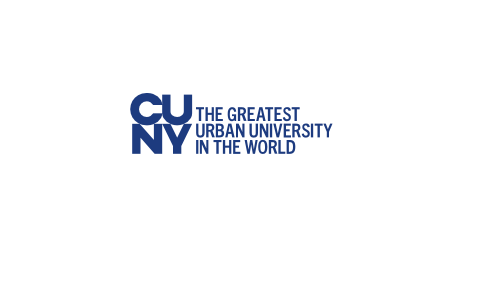 The City University of New York (CUNY) is considered to be the nation’s leading urban university. There are eleven senior colleges, six community colleges, one graduate school, and one law school, the School of Professional Studies and The Sophie Davis School of Biomedical Education. CUNY is filled with professors and adjunct professors who come from all different parts of the country and world to educate students. Even though CUNY may have high rankings, they do not have high pay for adjunct professors. If you were to look at the salaries of some adjunct professors, on sites like seethroughny, you would see that some make no more than $20,000 a year, while full-time faculty members can earn between $45,000 to $128,000.

Though adjuncts and full-time professors may seem to do the same amount of work and present the same amount of class presentations, adjuncts are the ones stuck going to the extremes just to make a few extra dollars to keep their lives on a somewhat balanced track. CUNY is not realizing their mistake of taking advantage of their adjunct professors. These professors currently teach more of the CUNY courses, just to get a few thousand dollars for the courses.

One adjunct professor who is not afraid of speaking out against CUNY’s rigged pay system is Jillian Abbott. She is an award-winning writer and journalist, her pieces have appeared In The Washington Post, The Guardian, The Australian, and The New York Daily News. The York College adjunct english professor also earned her MFA in creative writing, a terminal degree that is the highest in her field.

“I have been talking about this for a long time.” Abbott said. “But there has been a lot of ignoring going on, not just the pay but the ply of adjuncts of the things that have been happening, especially to me have just been extraordinary. I have been communicating with CUNY, with the Chancellor, with the Union and this is now an idea of a time where people have finally come around to listening. I have always been talking about this and I will continue to for as long as I can.”

With the release of her Op-Ed piece for the Daily News, she has been applauded by many adjuncts for speaking out on their behalf. CUNY is scattered with adjuncts like Abbott that possess the highest degrees in their subject field, but aren’t pushed pushed to higher positions by their administrators.

“Many have reached out and I mean it’s kind of touching,” she said. “Adjuncts are people that are so devoted and so exploited. The thing people say to me the most is that they are grateful, but I kind of feel grateful to be one of them. They are an inspiring group of people.”

Living off of $21,000 – $28,000 a year is not easy for anyone, let alone someone who has earned the highest degree in english. With a degree that high in prominence, why work for CUNY when you can reach as far as Columbia University or New York University. In Abbott’s piece, she doesn’t fail to mention her daily struggles, the workload burden that ensues 18-hour shifts, seven days per week. Leaving her no time to catch up with her writing or scholarship.The measly pay has also left her struggling with her health issues.

“It’s very unfortunate because the adjuncts are the ones who do the actual teaching, we’re the ones in the class,” Abbott said. “I really do love my students and I would do anything for them.”

She added “Well, I have all of the dental work that needs to get done. It’s really terrifying, because where am I going to get all of that money from? I have to constantly borrow money in order to survive. I am in like a house of cards and eventually it’s going to fall.”

Abbott went into further detail explaining how CUNY adjuncts deserve these full-time positions. There should be no excuse as to why they don’t deserve what other professors have within the CUNY system. Many professors in different departments feel that inequality is one of the most devastating issues that has hit very close to home for them today.

“This adjunct situation is not good,” Abbott said. “There is no reason why all of us shouldn’t be full-time. Anyone who has taught successfully in any CUNY for 5 years should be a full-timer automatically, with a living wage. There is no reason why that can’t happen, there is a lot of fat in CUNY. A lot of fat in administration, they could take away a lot of money away from the administration and employ us all if they wanted to.”

“I don’t know, I really don’t know,” Abbott said. “I don’t know what else to do, I have always rowed. Part of it is because I don’t want to be a burden to my kids. Part is like a crazy kind of optimism that somebody will see me and help me. Part of it is just (that) I am a fighter, that’s who I am. I just can’t stop.”

She added “When I said I thought about stopping and I really did, but then what? At this point, if I keep rowing maybe I won’t be a burden to my kids. I don’t know what’s going to happen.”