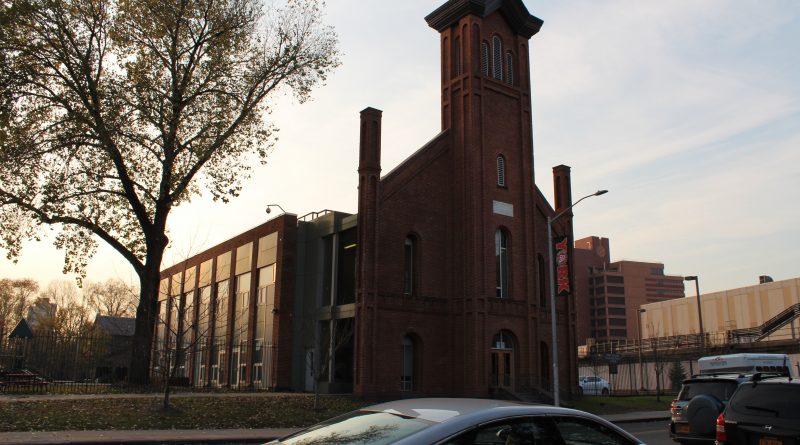 York College’s Child and Family Care Center is still waiting to receive its share from the $600,000 allocation made by the New York City Council to all City University of New York’s child care centers in August.

The allocation was originally scheduled to go towards extending the Center’s opening hours to nights and weekends for its customers but, the Director of the Center, Cynthia Clendenin said this is not possible.

“To do something like that, you need to hire staff, you have to have people here longer,” said Clendenin. “We need money above and beyond that (amount) to do that. We meet once a month, the directors of all CUNY Centers and we discussed what we would like to do and what’s happening with us. The last time they offered us was a one-time, which we do appreciate because anything we get helps.”

PANDORA’S BOX: Why is it impossible for the Center to expand its opening hours with this extra money from the City Council?

CYNTHIA CLENDENIN: This is a one-time allocation. The 16 CUNY Centers split allocations like that. We were hoping that it’s going to be yearly because a lot of us were looking into extending programs but it was a one time offer. Whenever they take an allocation, it depends on the size of the childcare center like if you have a center that serves 200 kids, they get a bigger portion of the allocation. Still, I’m appreciative of what I get.

But if it’s only good for a year, it doesn’t help us because, say I hire someone to be my night-time teacher, if it’s only good for a year, the person is only going to be here for a year. Also, we haven’t had a lot of call for it but I know if I opened it, I will probably have more. I haven’t gotten lots of phone calls or people coming by asking for nights or weekends hours, but I think if we extend the hours, they would.

PB: What is the Center going to be doing with the money allocated if is not for expansion of hours?

CLENDENIN: The centers need a lot of things. There’s furnitures and refrigerators that are needed. There’s a lot of things you can do with it but it’s just not going to fund the program for a long time. Centers always need money. Right now, we have two yards. One has the playground and for the other, we wanted a bicycle track but there is not enough funding for it.

PB: How is the Center planning to raise more money?

CLENDENIN: We started doing bake sales and selling children’s artwork but that’s just for fun. However, we are talking about large fundraisers that we could do to raise more money.

We have to make ourselves known. We’re trying to make ourselves known. That’s why we put the playground out in the yard. But it is something that need a lot of word-of-mouth and visuals. We are trying our best and we know it is going to take some time to get to people. We put flyers in most of the offices in the Academic Core buildings for students and staff to look at.

CLENDENIN: It’s not free for students. It’s eight dollars for four hours, 11 dollars for six hours and 14 dollars for eight hours. That’s unbelievable for childcare. We will also serve faculty and staff parents.

The problem with that is that it’s very expensive for faculty and staff. We can’t offer them student rate so, we have to offer them market rate. So unless it’s like an adjunct who is only here maybe two days a week and only needs six hours compared to a staff who is here Monday to Fridays 9:00 to 5:00 p.m., it can be very expensive. Also, depending on the age of the child, it can be between 15 and 17 dollars an hour.

CUNY built these centers for student-parents and that’s who they want to see in it. Period. I commend that.

I had a young lady who came to me this semester and she was very happy to find it and that she didn’t know initially. We have a landmark church front building but a lot of people may not look at it as a child care center. Now that we have the playground out there, maybe with a little more help, but they still could think it’s a church with a playground.

PB: What are the services being rendered by the Center? How does the Center function?

CLENDENIN: We have eight classrooms. We’re using five of them now as classrooms. One is a library and we made another one into an indoor playroom for the toddlers because of the weather. We’re making the last one into a library.

Over the years, we’re always doing dental screening and we also do vision screening for the kids.These are the programs that come in. We also do (fundraisers) for St. Jude’s Hospital. We do literacy days in lieu of holidays because we don’t really celebrate Halloween per se, but a child can dress up in a favorite story book character and we throw a party based on that.

The children are evaluated for disabilities and we recognize them. Sometimes a parent can come in and say “my child has a speech problem. What can I do?” So, sometimes we help them to see it. We watch the child and observe them. It’s very possible that the districts may not see the same thing we do but usually we’re pretty spot on with that.

We get the parents involved as much as we can. Student-parents are hard to get and are usually always busy because they are in school. We have a parents room. They can stay here before they pick up or after they dropped off their child; however their day goes. We have a computer and reading materials that were donated by a bookstore. Students borrow them like a library and they sometimes donate books too.

PB: What are the hopes of Center moving forward?