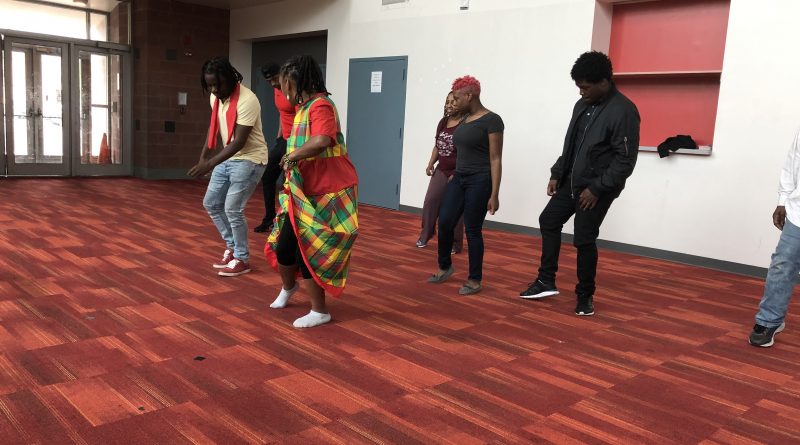 This years annual Arts Festival at York hosted a variety of events, ranging from free workshops to live performances by both students and special guests.

“York Live!” was just one of the several events held in the Milton G. Bassin Performing Arts Center, with performances from Tewa Leah, Sayonne, J4Y King and many others.

According to Interim Director of Arts at York, Kwame Clarke, this is the second year the college is hosting the arts festival and it is part of a four-day festival with a jazz band performing on Wednesday May 15, the student performances on the 16, dance performances on the 17 and a comedy show on the 18.

“Every year we look to build on the last to get it to something that students are behind,” said Clarke. “We get a lot of student participation with the clubs and individual bands.”

“This event was really fun but I wish it was more packed audience wise,” said Janelle Paul, sophomore mathematics major.

Despite Paul’s disappointment with audience turnout, she said she plans on coming to more events like this because she was quite entertained.

“It was just really empty and I’m really sad because it was fun,” Paul said. “People missed it.”

The Caribbean Folk Dance Workshop was another event hosted as part of the festival, which took place on May 17.

“The folk dance that I taught today was Jamaican folk dance,” said Sophia Walsh- Newman, a board member of Braata Productions and teaching artist of her company, Asoso International.

There is a variety of folk dances that exist in Jamaican culture, one of which is the “Dinki Mini” dance, which was concentrated on during the workshop.

“Dinki Mini” is traditionally performed during “Nine-Night”, the period in which a family grieves for their dead relatives.

“What I wanted to accomplish today was to get the students at York College to be exposed to traditional folk dances so it can be retained,” said Walsh-Newman.

Some students said they were successful in understanding Walsh-Newman’s goal.

“It brought me back to my own roots,” says senior biology major, Ishaq Cooke. “I have heard of the dance before but I never really partook in it, so it’s really cool since my ancestors were doing that dance.”