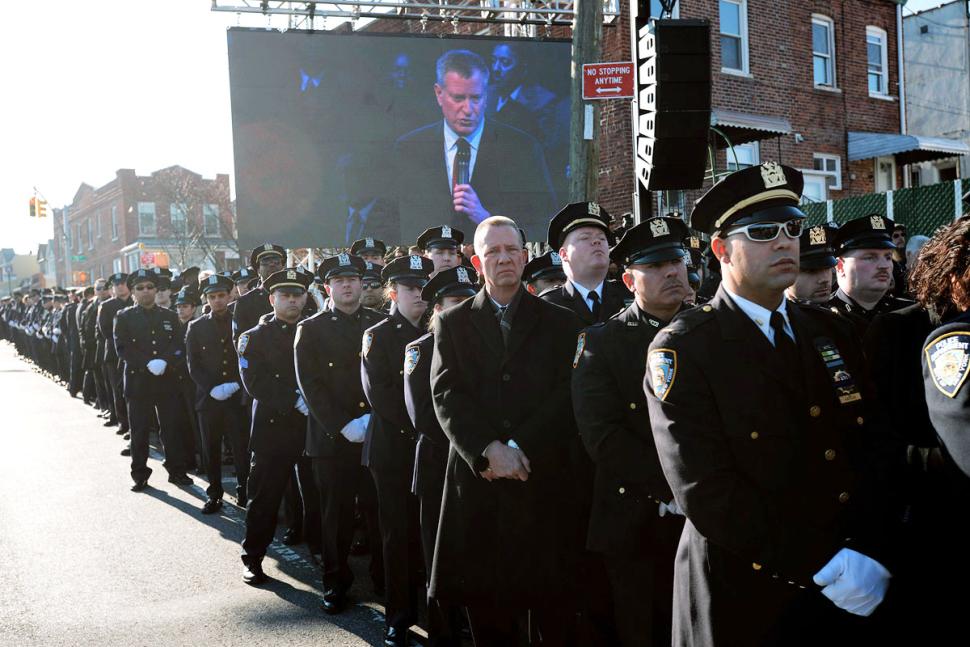 The recent lack of indictments in both the Michael Brown and Eric Garner cases have sparked national conversation about race and led to many protest across the country against racial inequality and excessive police force in the U.S.

Protests arose all around the U.S. in response, most notably in Ferguson, Mo., and here in New York City, the locations where Brown and Garner died at the hands of police officers respectively.

Tensions escalated on Dec. 20, 2014 after Ismaaiyl Abdullah Brinsley, 28, killed two New York City Police Department officers; Wenjian Liu and Rafael Ramos in the line of duty while they were in their patrol car in Brooklyn. Brinsley posted on social media hours before the killing that he would kill them in retaliation of the death of Eric Garner and the shooting of Michael Brown. Brinsley then fled the scene and committed suicide at a nearby subway station.

Mayor Bill de Blasio faced backlash from NYPD officers for his response to the announcement that there would be no indictment in the chokehold death of Eric Garner. De Blasio, whose wife is African American and children are half black, faced criticism for appearing to side with protesters, saying that blacks have faced “centuries of racism.” DeBlasio stated that he worries for his son “every night” for the dangers he faces dealing with “officers who are supposed to protect him.” This offended the police community who feel their lives are in danger and deserve his support. During the funerals for the two slain officers many officers turned their backs to the mayor.

We asked students here at York College about their thoughts on the events over the winter break. Here’s what some of them had to say.

Do you side with the NYPD or Mayor de Blasio? Should they have turned their backs on him?

For the mayor it might be a more personal issue because his son is black so he can identify with the protestors. I do also feel like in the police force there should be a sense of professionalism and i don’t think they should have turned their back on the mayor because it showed a lot of disrespect. They could of atleast faced him and they could have shown although they don’t agree with him they still stand by their mayor.

I don’t necessarily support either side. I only stand for what is right. The police feel like the mayor is wrong but he had his reasons. In a situation like this no one wants to accept responsibility. Both sides are doing their jobs they should change their attitude and work together.

I still think De Blasio should have been on the police side, he flip flopped a couple of times but i understand why he defended the protestors, he has half black children so he can relate. But police have the better argument because their lives are in danger and he should have their back.