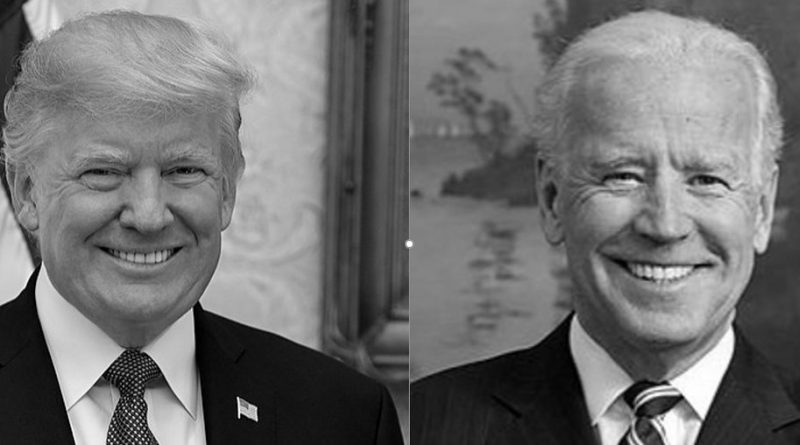 It did not take Trump long to get right down in the mud bringing up Biden’s son, Hunter Biden’s questionable business deals and drug use. Biden could not avoid getting dirty himself telling Trump to “Shut up”  and that he’s “the worst President America has ever had.” Between the candidates interrupting each other and Wallace trying to keep both candidates on topic, it was challenging for them to remain focused on the issues highlighted on the debate stage.

For example, America’s biggest issues this year such as COVID-19, racial justice and a Supreme Court nomination were highlights of the debate. Whenever one of the candidates tried to address these  issues, it turned into an argument and an attack about the candidate’s character, rather than solutions on how to help the American people.  In regards to COVID-19, instead of the incumbent explaining his health plan, Trump found it easier to defend why he is still holding campaign rallies where supporters are not required to wear masks. Biden pointed out that the president had four years to do work on comprehensive health care instead of pushing to toss Obamacare, which would  leave millions of Americans without  proper health coverage.

If you watched the debate you probably found yourself talking to the television or yelling at the nominees’ responses and you were not alone because the event was viewed by millions. This

was the perfect time for both candidates to speak directly to the American people who wanted to hear what they had to say about how they will make things better for America, but, both Trump and Biden missed that mark. One of the reasons for this mishap is because both candidates were busy fighting to protect their reputation and record rather than the interest of the American people.

On the issue of race relations Biden stated he wants to work with organizations that protect black  people against police brutality and discrimination, like Black Lives Matter. When it came to law  enforcement Biden expressed, he stands with officers who are upholding the law but those who are  obstructing justice should not be on the police force. However, Trump rebutted stating that law  enforcement does not support Biden and organizations like The Proud Boys who are considered white  nationalist should “stand back and stand by.”

It was difficult to make out what each nominee would do to tackle some of these matters effectively and that is another reason viewers watch the debates. Certainly, the candidates have their political positions about COVID-19 and law enforcement in this country, but they did very little to transcend those positions into points that explain to Americans why one of them would be a better President. Debates are also a chance for nominees to not just let us know what they have accomplished, it is a time to inform watchers why they qualify to lead this country. More than ever, leadership is what Americans are desperate for right now–and the first debate was not a reflection of capability–but of contention mirroring the division of many communities throughout our country.

To help bring about more unity among Americans both Trump and Biden might want to shift gears from expounding on their track record to outlining substantive plans to get America back on track. With two more presidential debates slated to take place prior to the election in November it will be interesting to see how the candidates will go about doing this.

For starters the President and Biden can reframe their message to meet the needs of the American people seeking solutions in areas such as the job market, COVID-19 and the economic crisis because these are the real issues impacting Americans.