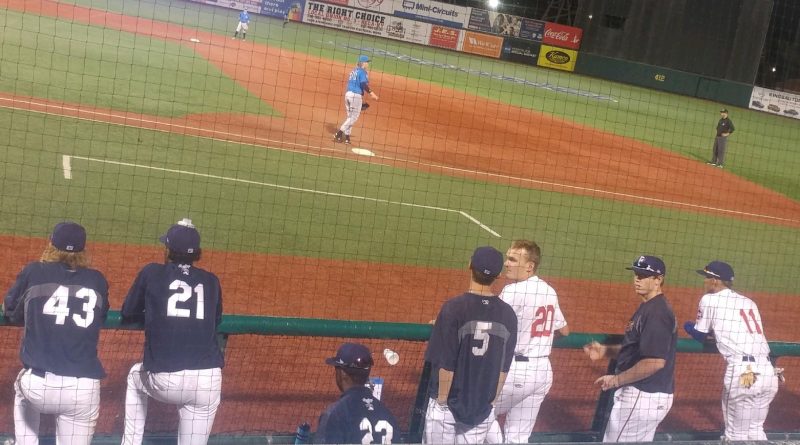 In early September, the Brooklyn Cyclones won back to back “Win or Go Home Games” to win their first undisputed championship in their 19 year history.

After missing the playoffs for six consecutive seasons, the Single A affiliate of the New York Mets finished the 2019 season with the best record in the New York-Penn League and their first first place finish since 2010.

Their first big game of the playoffs came on Sept. 5. They played against the Hudson Valley Renegades, and were one loss away from being eliminated. Playoff series are best of three, so if a team wins two games, they win the series. The Renegades had already won the first game of the series.

The Cyclones were already in a hole as they had to win each of the next two games to advance and they did so in style. The second game of the series was the first to be played at home next to Coney Island and the Cyclones won by a score of 1-0.

The game was highlighted by Jed Lowrie’s home run. Lowrie was signed by the Mets prior to the 2019 season and paid $10 million for the 2019 season but injured himself before the season started. He spent more than five months away from baseball while recovering and this game was his first with the Cyclones before returning back to the Mets a few days later.

In addition to Lowrie, another highlight was Matthew Allan, who pitched two perfect innings. He is a highly touted prospect who was drafted in the third round of the 2019 draft by the Mets.

The next day, the Cyclones beat the Renegades by a score of 5-4 to advance to the championship, where they faced the Lowell Spinners. The Cyclones won the first game, which was played in Massachusetts and played the next two games at home in front of hundreds of fans.

They lost the first home game on Sept. 9 by a score of 3-1 and they won game two by a score of 4-3 the next day to win the championship.

The Cyclones have been playing extremely well at home all the way up until the end of the season. Including their three playoff wins at home, they won 16 of their last 19 games when playing in Brooklyn.

In addition to this championship, the Cyclones were considered co-champions during the 2001 season. The championship round never took place following the 9/11 attacks.