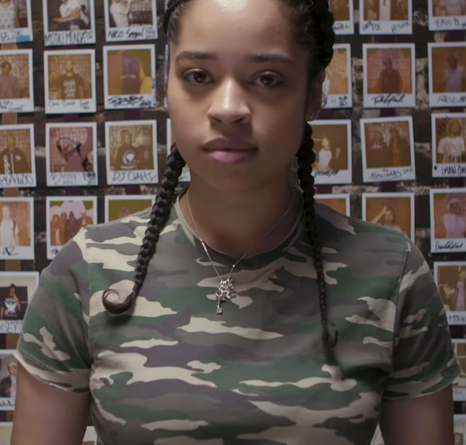 R&B singer, Ella Mai released her self titled, debut album on Oct. 4, following the chart breaking success of her summer hit Boo’d Up. In the lead up to the release of her album she released a remix for Boo’d Up, with rappers Nicki Minaj and Quavo, then later she also released Trip, the third single off her upcoming album.

Though Trip was pretty well received by fans it came with a little controversy when singer Jacquees released his own remix and video to Trip. Jacquees’ version of the song ended up getting lot more attraction than Ella Mai’s version did, and soon after the remix was abruptly removed from all sites. After its removal people began to speculate that Ella Mai, jealous of the success of the remix, had played a part in getting the song taken down.

In response to the rumors rapper T-Pain took to twitter claiming that Jacquees had tried to make money from the remix, to which Jacquees responded by saying that that he didn’t make any money off of it since he had only released it on SoundCloud and YouTube.

Producer Mustard, who had discovered Ella Mai, then put out an official statement on Instagram stating that Ella Mai had no say in what happened to Jacquees’ version of Trip and that the decision to take it down was decided solely by her label.

However the rumors didn’t die down as some people began to believe that Ella Mai had blocked Jacquees on Instagram, a move that some people took as a sign that she had indeed played a part in taking down his remix.

In a recent interview with HOT 97 radio hosts Ebro, Rosenberg and Laura Stylez,  Ella Mai addressed the success of Boo’d Up and the Jacquees situation.

“I don’t play any role in it, my label made a statement. People don’t know the actually end and outs of the industry and what actually happens in the situation.” Ella Mai said.

Then addressing the allegations that she blocked him on instagram she replied with “I do know him, I never followed him on Instagram. You can’t believe everything you see on the internet.”

Despite the controversy everything seems to be fine between the two artist now. Jacquees still has the one minute video of him singing his version of Trip on his instagram and he also recently posted a short clip of him and Ella Mai hugging and having a short conversation.