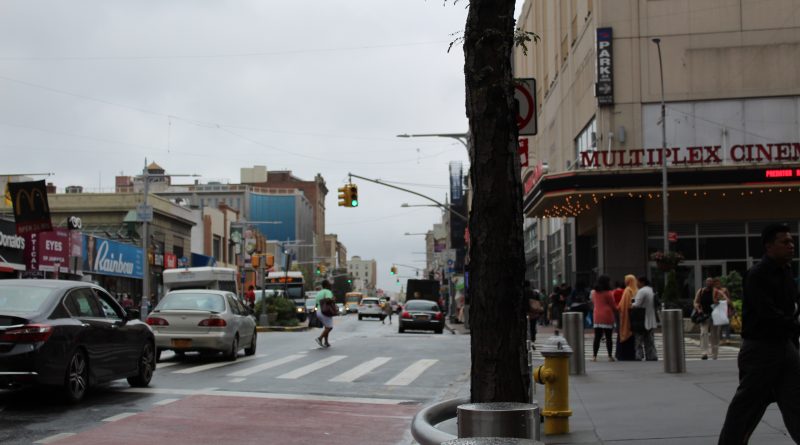 Currently, Jamaica is one of the worst neighborhoods in Queens in regards to traffic and overcrowding in the streets and buses. Residents don’t think about this much, but it’s about to get  worse.

Last year, a bid was completed that would bring the New York Islanders back to Long
Island. It won’t be in the near future, but the team will play in a new venue located at Belmont Park, just four miles east of Jamaica Center. The neighborhood is already in a state of despair when it comes to traffic and buses. Adding thousands of fans travelling through Jamaica to get to and from the new venue could double congestion in the area.

Last season, the Islanders had the worst attendance in the league as they averaged 12 thousand fans per home game at the Barclays Center. But that’s still a lot. Every other sports venue in New York City is serviced by multiple subway lines and bus routes while Belmont Park is
not.

Some fans will take the Long Island Railroad to games or drive from other locations, but roughly 10 thousand people will travel through Jamaica either by car or one of two bus routes between the hours of 4 and 7 at night. It’s already a pain trying to go west of Parsons Boulevard during those hours, this will only make things so much worse.

The only two buses that stop within half a mile of Belmont are the Q2 and the Q110. During those hours, the Q110 is already at capacity and begins skipping stops after just two or three stops.
Traffic down Jamaica Avenue is a whole other issue. It is just as bad as the overcrowded buses. You’ll usually see bumper to bumper traffic along the one lane avenue for nearly a mile. If just 10 percent of projected fans drive to the venue, that adds more than 300 additional cars on the road per hour.

If the city doesn’t do something to ease traffic and bus congestion, in a few years Jamaica could become one of the worst neighborhoods in the country to travel through.

But what can be done about this? There are a few solutions to this problem but none of them are permanent. All of them either move the problem somewhere else or give way to another problem.

One obvious solution would be to add additional lanes along Jamaica Avenue. Right now it has just one traffic lane and a bus lane in each direction and an extra lane would really help traffic. Of course, doing this would severely cut into the amount of sidewalk space, in
which pedestrian traffic can be just as big of an issue.

Another solution would be to move some bus routes off of Jamaica Avenue. Some buses that run down Jamaica could instead run down Hillside Avenue. For example, the Q6, 8, 9, and 41 buses could be rerouted to Hillside from Sutphin Boulevard to the 165th street bus terminal. Hillside has only one bus route along that stretch.

In either direction, this could ease traffic by about 12 to 16 buses per hour on Jamaica and decrease travel time along these routes. But, while Jamaica traffic would be eased a bit, Hillside’s would increase.

Another solution would be to extend subway service east of Jamaica. There are three full time subway lines that terminate in Jamaica and extending them along Jamaica and Hillside would drastically decrease overcrowding on buses. But this specific resolution comes with issues.

It would be very expensive and time consuming, and there has always been a discussion that any subway extension in Southeast Queens would be prone to flooding.

Regardless of what may or may not happen as a result of a solution, something needs to be done. The city and the MTA might not have thought about what’s going to happen to Jamaica when the Islanders move nearby, but it’s a problem they need to start working on now.

If not, travelling through Jamaica in the future will be nearly impossible. Not just for fans heading to the venue, but for the tens of thousands of citizens who live and work in the area, and those who go to school there.