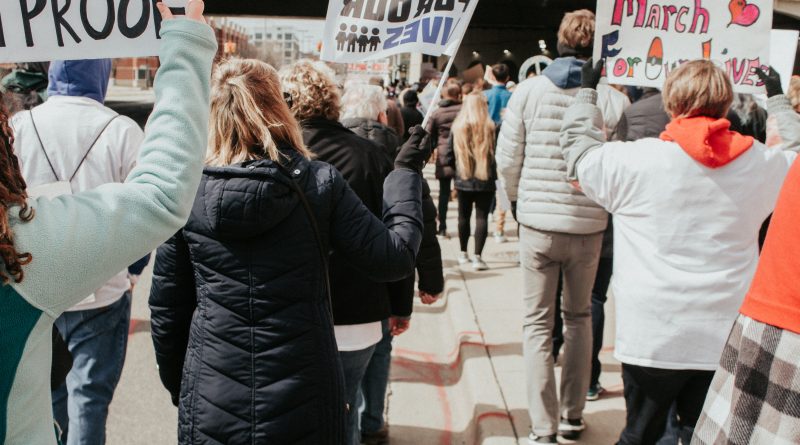 #MarchForOurLives has taken over social media thanks to countless interviews by the Marjory Stoneman-Douglas High School students who survived the school shooting. Time magazine recently revealed a cover with the notable MSD students: Emma Gonzalez, David Hogg, Jaclyn Corin, Alex Wind, and Cameron Kasky, who all have verified accounts on twitter.

On March 24th, many high school students were joined by supporters of the hashtag to march at rallies all over the globe. Protesting for gun reform, gun control, and school safety. Most importantly though, people were marching for the idea that students should not fear losing their lives or a loved one because of a school shooting.

Although this is all in good taste, I must remind everyone that we have to remember people of color as well. We must be inclusive. What do I mean by this? Let’s start with the facts. The New York Daily News reported that Marjory Stoneman Douglas High School is 60% white, 20% Hispanic, and 11.5% is African American. The only reason why I am bringing up race is to show how racial bias in the media is still an issue that needs to be tackled.

A couple years ago, teenagers in Ferguson were not glorified by CNN or other media outlets. They were not given a televised town hall meeting with their local government officials. Protesters in Ferguson were not given free Lyft rides to attend protests, free food in the local area, or even free lodging for people that live out of the area. There was no 60 Minute interview, NBC interview, or Time magazine cover. What peaceful protesters in Ferguson, a predominately African American community, met were tear gas and heavily militarized police officers. When I would watch the news during the Ferguson riots of 2014, all I saw were police officers in riot gears and clouds of smoke covering protesters. It looked like a battlefield.

The Marjory Stoneman Douglas students that were featured on the Time magazine cover have become the poster children for gun control. They are also white/white passing. The incredible amount of support has risen them to stardom in weeks because of their activism. Many people have compared them to other school protesters from the 60s and 70s, most notably Oprah Winfrey took to Twitter to compare them to the Freedom Riders. She also pitched in $500,000 for the March for Our Lives movement, matching George and Amal Clooney’s donation. My question is, where was this support a couple years ago? When African Americans and Hispanics were unfairly detained for peacefully protesting for better gun control.

I am not coming out of a place of hate because I am for promoting gun control, but the fact that the media has catapulted this specific group of privileged kids to become the face of gun control is ridiculous. Black voices come second and it is not something newly established either. Some of the Marjory Stoneman Douglas students have recognized their privilege, with David Hogg saying that the biggest mistake the media has done with covering the school shooting was “not giving black students a voice.” David Hogg also gave out a statistic during an Axios event before his D.C rally speech, “My school is about 25 percent black, but the way we’re covered doesn’t reflect that.” It is great how Hogg is able to recognize his privilege, but if they really want to elevate black voices, why not sit out interviews and photo opportunities? Alex Wind, another student featured on the Times cover, said during his speech at the Washington D.C rally that “it isn’t about race.” Implying that it is an American issue, the problem is that it is all of a sudden an American issue when white people are falling victim to gun violence.

The NRA did not protect black armed men when they were killed because of police brutality, like Philando Castile who was murdered on video by a police officer. Gun control has to be for minorities as well for it to work. Black gun ownership is important especially in a country where systematic racial bias is still living and breathing. Let’s be inclusive and make sure that newly proposed gun control laws do not disproportionately target African American/Hispanic communities(where fewer mass shootings occur).

Minorities can not allow white liberals to dictate who their heroes or saviors are. We must also try and promote black activists that barely get the platform that they deserve. With further inclusion of minorities, this idea of “uniting America” can actually happen to a certain extent. So when you hear or see #MarchForOurLives, also march for the black lives lost to the systematic and institutional racism that runs rapid in the nation still to this day.