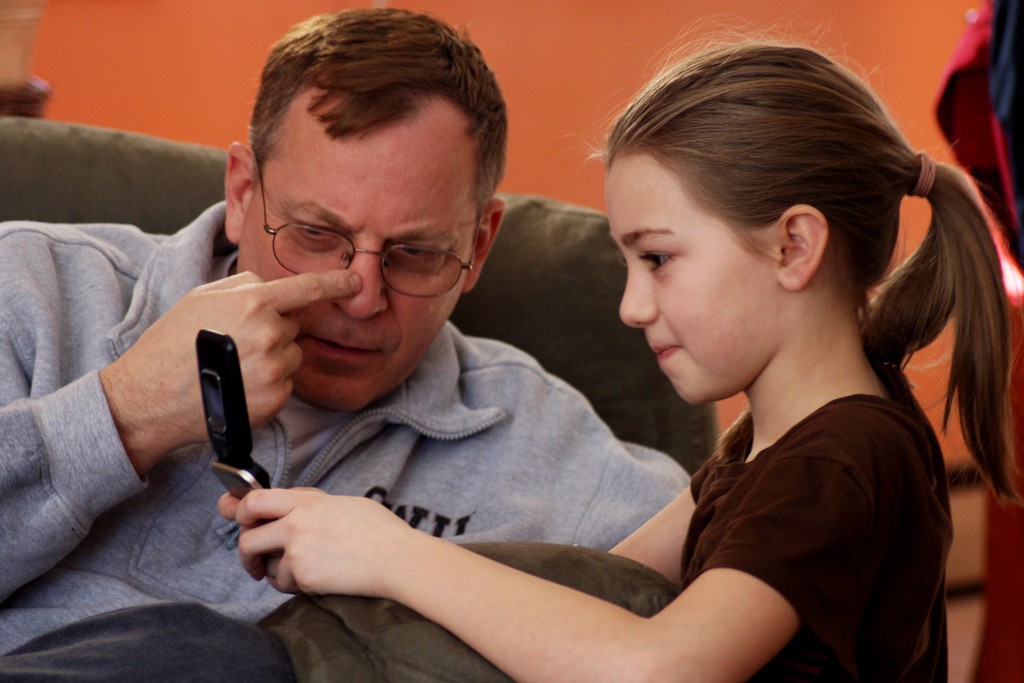 Generation Z or Gen Z’ers refers to those born after Generation Y, the millennials. Though there is no definitive time frame, researchers argue that Generation Z began in the mid 1990’s and stop around mid 2000’s, ranging from ages 11 to 20. Those born in 1995 onward make up nearly 26 percent of the American population outnumbering Millennials by more than one percent, according to the 2012 U.S. Census Bureau.

“I’m not very surprised because I’ve always noticed the abundance of bodies in class,” said Jaishon Miller, 19, a former Queens College student. “I was always in a classes with an average of 30 to 35 students and we often ran out of desks.” Born in 1995 Miller just makes the cut as a Gen Z’er.

Several characteristics set Gen Z’ers apart from the millennials before them. Growing up in a post internet age, Gen Z’ers are believed to be more efficient web browsers spent more time surfing the web and on social media sites like Facebook and Instagram. However preferring more visual based content, like emojis, GIF’s and memes, data showed that the percentage of Instagram users has increased while 25 percent of 13 to 17 year olds left Facebook in 2014, according to Mashable.com

Aside from social media and online shopping, Gen Z’ers were also considered efficient researchers, using social media productively. 52 percent of teens used YouTube and other social media sites for research on school assignments, according to a 2012 Pew research study. Research also showed that Gen Z’ers are more tech savvy and prefer to work and communicate across multiple platforms including television, computers, tablets, smartphones iPods and other mobile devices.

“I’ve never really used YouTube for anything related to my school assignments,” Miller said. “Mostly funny videos and music videos. I did use YouTube to learn how to tie my tie for graduation.” He also does not consider himself tech savvy.

Computer Sciences major, Arban Nichols, 30 is considered a millennial and agreed that Gen Z’ers may be more efficient researchers then those in his generation.

“From the time they were babies the internet was there for them,” Nichols said. “For them it’s as simple as, sit down, log on and click search.”

Speaking from personal experience Nichols said his first experience with a computer was in first grade, a time when the internet was still  fairly new.

“The internet was just becoming a thing for people to use,” Nichols said. “It still had a lot of bugs and it wasn’t as advanced as it is now.

As far as using social media for research, Nichols believed it should be strongly advised against.

“It’s a good way to get a person more familiar with a topic, but as far as research goes you have to be careful where you take information from especially on the internet,” said Nichols.

As well as being internet and tech savvy, data suggested Gen Z’ers are eager to work, have entrepreneurial oriented goals and mature faster than millennials. 55 percent of high school students feel they are pressured by their parents to gain early professional experience, according to Entrepreneur.com.

“I started working at 14 because my family isn’t the most luxurious, so I needed mula for myself,” Miller joked.

72 percent of high school students want to start their own business and 61 percent want to be an entrepreneur rather than an employee, according to Millennial Branding and Internship.com

“I think they see now that the old ways of going to look for a job aren’t going to work. Its much harder to find a job and much easier to lose a job,” said Nichols.

In an effort to get a job, Nichols said teens are using digital media and different sites like LinkedIn to get the information they need and network with people to start their own businesses. Nichols described LinkedIn as a “very professional Facebook.”

“I know of LinkedIn but I don’t use it.” Miller said. “Many of my friends use it and tell me to create one.”

In terms of maturity, 25 percent of Gen Z teens said they were in a physical fight in the past year compared to 42 percent of teens surveyed in 1991, according a 2014 survey by the Centers for Disease Control and Prevention.

“I’m not surprised the percentage has decreased. I don’t believe that it’s a matter of maturity though, just that teens nowadays are less interested in fighting and maybe less confrontational,” said Miller.

Unlike Miller, Nichols questioned where the study was conducted and said it depends more on where you are looking.

“I don’t know where they did their study because if you look at high schools in different states across different economic lines you may find some teens more willing to fight than others,” said Nichols. “I don’t necessarily agree with that because around here in Jamaica, Queens people fight and they’re Gen Z’ers.”

Gen Z’ers are considered to be more concerned about the economy, the environment and their impact on the world and  more willing to volunteer. 26 percent of 16 to 19-year-olds are volunteering and hope to “make a difference and an impact on the world,” according to a 2013 study by the U.S. Department of Labor.

“They’re more connected to what’s going on in the world.” Nichols said. “They see something going wrong or something that bothers them and they want to get out there and help.”

“We would encourage recycling throughout our school, and go out and help plant trees and plants. We even made reusable paper out of scraps of paper,” Miller said.

Gen Z’ers are living in an increasingly diverse world. Interracial marriages for blacks and whites increased by more than 400 percent in the last 30 years as well as a more than 50 percent increase in the multi-ethnic youth population, according to the 2010 census.

A 2013 Mintel.com study predicted a more than seven percent increase in the Hispanic teen population over the next five years.

“There is a lot of commingling,” Nichols said about interracial relationships. “People from other countries are coming to America and some people from here are moving overseas.”

While being a Gen Z’ers may sound all good, these newbies do have their flaws. Gen Z’ers have slightly shorter attention spans than millennials. According to the National Center for Biotechnology Information, 11 percent of Gen Z’ers were diagnosed with Attention Deficit Hyperactivity Disorder, or ADHD in their later years. That was a more than three percent increase than those diagnosed in 2000.

“I was diagnosed with ADHD as a kid,” Miller said. “I could never focus on one thing for too long or stay still for very long. My teacher in high school would call out, ‘Shiny thing! Shiny thing!,’ whenever my attention drifted in class. I would always look to see if she was holding anything.”

Gen Z’ers also lack situational awareness, are often oblivious to their surroundings and are less capable of giving directions, leading some researchers to believe they have become heavily reliant on their mobile devices, according to the 2013 Pew research study.

“We didn’t always have specific tools to do the work for us,” said Nichols. “We were always doings repetitively to learn them and what they do is rely on their phones. But I don’t think it’s just Generation Z. Its millennials as well. That just comes with the change.”

While he is a Gen Z’er Miller said he doesn’t use his phone much except for texting and calls.

“I don’t think I’m attached to my phone. I’m able to leave my phone at home while I’m outside or enjoy a movie on Netflix,” said Miller.

Market researchers have studied these and other aspects of the growing Generation Z and have begun adapting strategies geared towards their characteristics. Talking frequently, for a shorter time and communicating with the use images rather than text seems to be a common trend for marketers. Also treating them like adults and marketing more towards their entrepreneurial side by including their opinions to help improve business. These strategies are just ideas researched considered for connecting with the emerging Generation Z.

When it comes to connecting with Gen Z’ers Nichols advised market researchers to, “stop talking, be bold. Show them something they don’t readily have access to on their phone.”