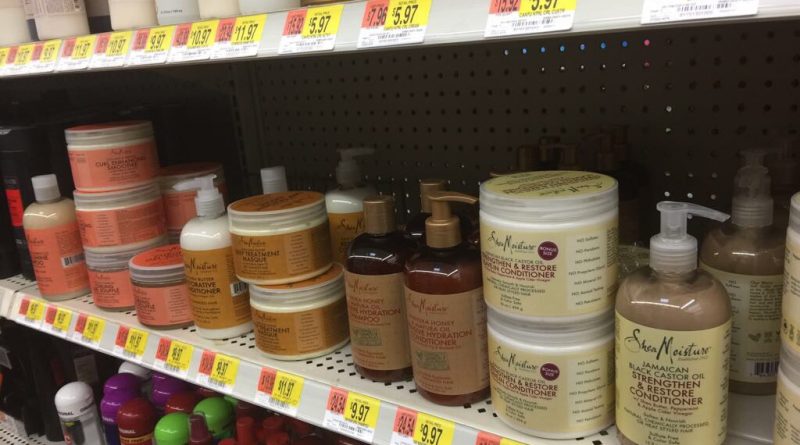 SheaMoisture has issued an apology to its key demographic after getting some serious social media backlash after the release of a new ad. The hair and body company, with strong ties to the Black community, released a one-minute video clip that sparked outrage.

The company’s hair products are widely used amongst Black women with “natural hair–” hair that is not chemically straightened. Yet they released an ad under their new campaign #EverybodyGetsLove, that neglected to depict buyers of the product as women of color.

One long time consumer of SheaMoisture says she thinks the title for the new campaign is ironic. “As a Black woman, it seems like they wanted to make sure they showed love to everyone except us,” said Iva Pearson, who said she has been using the brands products for over 10 years. “The company is becoming more mainstream and seems to have forgotten who got them there.”

The company posted the ad on their Facebook page with the message “Break free of hair hate.” The ad featured four women sharing their stories of “hair hate” but then later learning to embrace their natural hair. The ad opened with a biracial women, but then focusing on three white women. One of the women expressed being perplexed with having straight hair and another about pressure to dye her hair blonde.

Many of its primary customers felt alienated and offended.

Actress Yvette Brown voiced her opinion on “The Karen Hunter Show,” which airs on Sirius XM satellite radio, saying that Shea Moisture, as many other companies do, built their brand “on the backs of black people” and then “tossed them aside after they have built success.” She references TV stations like FOX and WB that once played many all Black cast television shows and then later changed its main shows to cast that are all or predominantly white.

Given the discrimination that Black women face too often when it comes to standards of beauty, the disproportionate number of white voices speaking out in the ad about a topic as sensitive as “hair hate” was called out on social media as whitewashing, a marketing ploy, and a rejection on Black women, according to NBC.

The Sundial, SheaMoisture’s parent brand, eventually released an apology and pulled the ad, but that does not mean all is forgiven. Many people are still planning to boycott the brand.

One of the company’s former consumer says she isn’t surprised by SheaMoisture’s new “branding.” Candice VanWye, founder and owner of Brown Girl Blogger, says she saw this coming. She says she’s not upset at the company’s efforts toward “inclusion.” But that the delivery was off. VanWye followed by saying she no longer plans to support the brand. “I speak with my money,” VanWye added.

The founder and CEO of SheaMoisture, Richelieu Dennis told CNN that the company is trying to broaden/ diversify their consumer base but not want their original consumer to feel like the company is “turning their back on them.”

“Their sentiment—of wanting to make sure that the brand is no longer focused on them and is leaving them behind—is simply not correct or accurate. We will continue to stand for women of color. We will continue to service them. We are not changing anything. We’re overwhelmingly innovating for them,” Dennis said in an interview with The Washington Post.

The brand seems to have stepped on a lot of toes in efforts to “diversify.” But not everyone is in disgruntled by the ad. Kristen Jeffries, Political Science major here at York College, say she understands but feel that she feels, “People need to be wiser in choosing their battles.” The Theater minor says she uses SheaMoisture’s products and does not feel offended by the new brand approach. She says there are too many other things going on and other injustices to be focuses on something so minor.

Some people are even supportive of the brand saying they believe it was a good business move. Michelle Mack, consumer for SheaMoisture’s hair and body products, says trying to broaden the company’s consumer base by adding other ethnic groups is a “smart business move.” She says she is not offended by the ad because she understands what they were trying to do. And wishes the company financial success.

In efforts to hold on their consumers, SheaMoisture has been personally tweeting people who have spoken out against them, ensuring that the formulas of the their products will not change and admitting to their mistakes with the campaign.