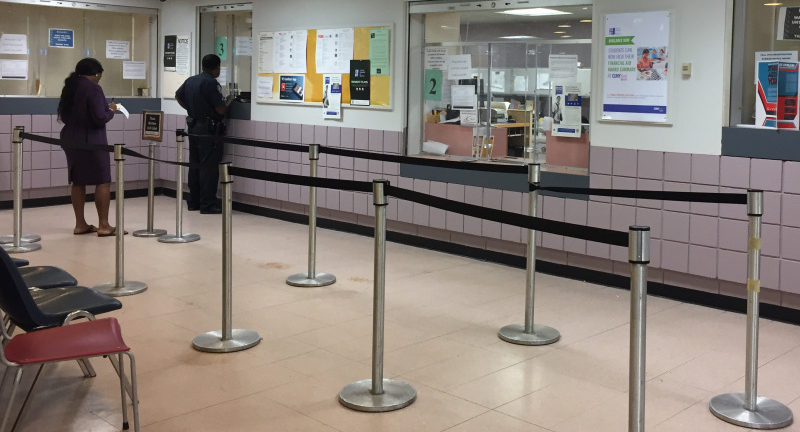 With the race for the 2016 Presidential election entering its final stage, nominees Hillary Clinton and Donald Trump display opposite agendas when it comes to tuition for college. The nominee’s plans will ultimately affect prospective college students, no matter which way the election goes.

The Democratic nominee’s campaign website, calls for a debt-free college experience, where students by the year 2021 will pay absolutely no tuition if their family income is below $125,000. Former candidate, Bernie Sanders says that the plan will cover 83% of American families, at a joint-rally with Clinton last month at the University of New Hampshire.

Ruby Aiken, 76, a resident of Queens says, “I always told my grandkids to not take out a student loan for the simple fact they will be paying it off for the rest of their lives and I didn’t want that for them. So Hillary is saying all the right things and I know for a fact that she has my vote.”

Aside from eliminating tuition, Clinton’s policy also includes a relief for an estimated 25 million people who currently owe student loans. If she succeeds in passing her proposals, those who have taken out student loans will only have to pay a maximum of 10% of their income, along with a forgiveness program avoiding the remaining balance after 20 years.

A survey conducted by the U.S. Department of Education, says the average student in New York spends about $17,606 per year on tuition, making it the eighth most expensive state to attend college. On average, CUNY students pay far less with an average tuition of  $6,330.

The Institute for College Access & Success posted a study saying, New York students at four-year public colleges graduate with $27,822 in student debt. The average household income for a family of four in New York is $58,687, based on the U.S Census Bureau. That means, for a family of four, with one child going to college, they would be spending nearly half of one year’s income on college tuition. If that family has two kids in college, they would be dishing out 95% of one year’s income just for tuition.

David Palazzo, a political science York professor says, “As someone who comes from a working class background, the need to make college affordable, and universally accessible is something dear to me. The proposal for a tuition-free college for families with an income under $125,000 is a start.”

A former worker at the Queensborough Community College bursar office, advocated for Hillary’s victory, saying that it would benefit both the students and their parents. “If you are in a family with more than two people that’s attending college, paying tuition for two students may be a lot of pressure on that family,” says Laurena Taylor.

One mother in Brooklyn, Bibi Santiago says her jobs have been unstable as well as her husbands. “If voting for her Clinton means we don’t go into debt then I am fully behind her. Raising two kids in New York is already hard enough,” says Santiago, a mother of two teenagers.

“I used to feel bad for kids that could not pay their bills in full, trying to give them the best advice that I can…” Taylor said, “Hillary would be very beneficial to a lot of college students, as well as their parents. Vote Hillary,” she continued.

The program is not so convincing to foreigners who live already in countries that provide free college education. In an interview at JFK airport, Rolf Neubauer, 50 and son, Maximilian Neubauer, 17, of Cologne, Germany speak about their doubts in Clinton’s plan. Germany is one of the few countries that provide its students with free college education. Maximilian says, “I am very much in love with New York and hope to move here one day; but I wouldn’t come for school, when I’m guaranteed free college at home.”

Republican nominee, Trump, has not mention any plans for college tuition at all. Besides a clip of him denouncing the common core program and calling for governmental control to be separated from education in its entirety, college tuition plans are mentioned nowhere on his campaign website.

One supporter of Trump says that he understands why Trump will focus on Common Core rather than college tuition. “The kids are the future and it is best you worry about the younger kids [as] opposed to the older students,” says Marshall Kemp of Valley Stream.

Palazzo says Trump’s plan, whichever way he decides to go, will limit things such as the Pell Grants. He compared Trump to Marco Rubio who “called for more people to go into the trades rather than to institutions of higher education. This callous disregard for an educated and informed public is one mechanism of control… Trump will most likely pursue these lines.”

If elected, students will have no idea of what Trump will do in office because he has no concrete plan.

Accounting major, Devanee Singh, says that Trump cannot be depended on. “He doesn’t have a solid reason to the changes he wants to make, but Hillary does and she explains why. If she presents her plans, I’m hopeful that she will be able to get free tuition for everyone.”

One thought on “Clinton’s Victory Will Mean Free College Tuition”