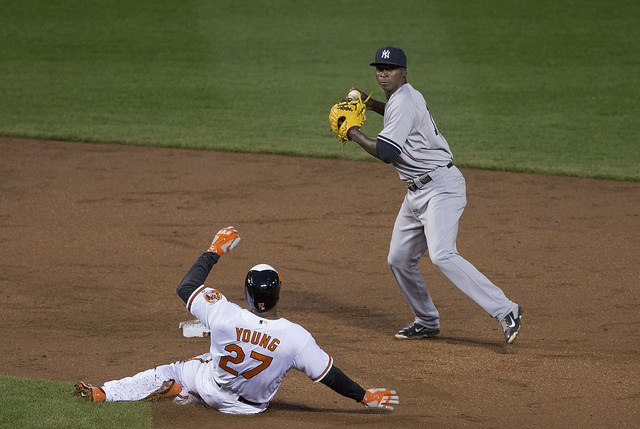 With less than two weeks to go until the start of the 2019 MLB season, it’s time to take a look at our local New York teams and see where we think they will end up.

The Yankees finished the 2018 season with 100 wins while the Mets finished with 77. Both have made a lot of changes during the off-season and hope to see different results in the upcoming season.

The Yankees won’t win as many games as they did in 2018. While it’s true that they have been making upgrades with guys like Troy Tulowitzki, DJ LeMahieu, and James Paxton, injuries are going to affect them big time.

CC Sabathia and Luis Severino will both start the season on the injured list. Severino is going to miss at least a month. CC Sabathia will miss a short amount of time due to suspension and injuries. Didi Gregorious will miss a chunk of the season recovering from Tommy John surgery.

The Yankees could start May as a 100-win team but throughout the month of April, they will have a small hole to climb out of thanks to replacement level players taking the field.

Once Didi comes back and the Yankees put out a daily infield of Didi, Luke Voit/Greg Bird, Gary Sanchez, Gleyber Torres, and Miguel Andujar, things are really going to heat up. But until that point, the first month of the season will likely be one of their worst.

The Yankees will still win a lot of games, most likely between 94-97 games. Their best pitcher will most likely be Paxton. He’s projected to win a career best 15 games while posting an ERA just below 3.70.

Their best hitter will most likely be Aaron Hicks. He will have his first 30 home run season while scoring more than 100 runs.

The Mets on the other hand are poised for a much bigger improvement than the Yankees. They upgraded every area except for their rotation. In the outfield they lost Jay Bruce but acquired Gregor Blanco, Keon Broxton, and Carlos Gomez. They also have Juan Lagares and Yoenis Cespedes returning from injury.

In the infield, they lost Wilmer Flores, David Wright, and Jose Reyes but acquired Robinson Cano, Jed Lowrie, J.D. Davis, and Adeiny Hechavarria. They also have Peter Alonso coming up from the minor leagues.

In their bullpen, they acquired last season’s best closer, Edwin Diaz as well as Justin Wilson and Jeurys Familia.

When you look at the amount of power and depth that the Mets added, it’s a huge improvement, enough for the Mets to win between 89-92 games. Their best player may be Cano hitting .290 with 25 home runs and their best pitcher will be Jacob deGrom with his first 20-win season.

It’s very possible that the National League East may have three teams winning at least 90 games. Both local teams will get the first wild card spot and could take the division if players stay healthy.

How have the two teams been doing so far in spring training? As of March 19, the Yankees were 14-6 while the Mets were 9-14. The Mets had four players hitting above .350, with Cano hitting .475. The Yankees had two player hitting .400, Andujar and Brett Gardner.

Both teams begin their respective seasons on March 28, the Yankees play the Orioles at home while the Mets play the Nationals in D.C.