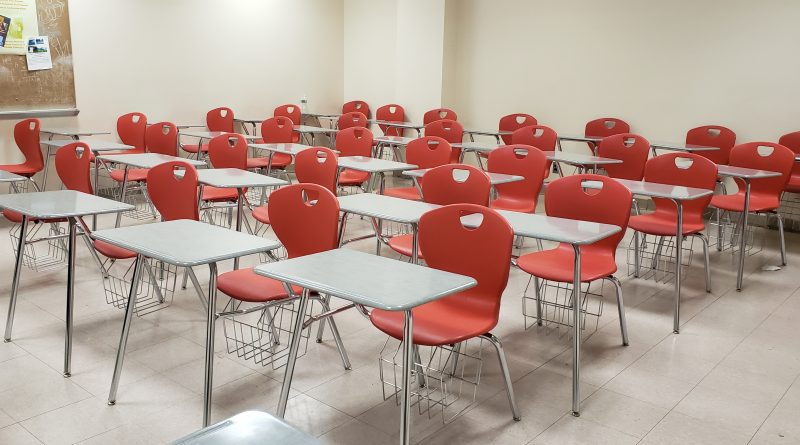 As installation began on the evening of Thursday, Oct. 24, students soon found themselves going from vandalized, worn-out and wrecked tablet arm chairs to sturdier, laptop-friendly and ergonomic new tablet chairs approved by the College Association and the Student Government Association (SGA). As this change hastens, campus spaces continue to play a consequential role in attracting and keeping students and projecting school spirit, culture, and image.

Students need properly sized and aligned furniture for computer users to prevent them from developing health problems. With the optimist headlines, the new tablet chairs afford students with adequate space to put their laptop (which, has gone from unconventional happenstance to an expected one) and personal belongings. Because most students spend several hours a day in classrooms, York’s decision to replace the entire inventory of the old classroom tablet chairs campus-wide was paramount to students’ success.

Quintessentially, the new tablet chairs do not have a right or left armrest, but a solid red top, chair and a book rack accommodating plus-sized people and pregnant women—helping to relieve and alleviate stress on students’ backs and legs, increasing circulation, and keeping students attentive.

Sarah Metellus, a student at York College noted that she was shocked when she saw the new tablet chairs.

“I didn’t know it was necessary until I saw it and it made sense to get new desks because the old ones had writing on them,” she said.

For years, no one has taken the initiative to clean the desks and many of them had stains, riddled with graffiti, and vulgar language. Though the new tablet chairs make it strenuous for students to write on, students are not to vandalize school property.

“Because I am so small,” Metellus added. “It’s a little hard for me to bend forward but it is very spacious and has great space for people to put their bags. And people can put their laptop and textbook on the desk at the same time now that the desks are spacious. That wasn’t an option before.”

Because success correlates closely to comfortability, learning spaces with furniture that enables students to carry out their school work comfortably allures them to focus and learn. There are countless times where Cardinals are turning to find comfort in the old tablet chairs and there were many classrooms that only had right armrest—neglecting students who prefer a left armrest, and vice versa. While York is entering into the 21st-century learning space, these very ergonomically appropriate chairs are imperative factors in classroom furniture because it enables taller students to change their seating inclination without being compressed and tensed. With that, there has also been backlash from students and faculty members that the tablet chairs are taking up too much space, leaving no room to walk or for students to present. Additionally, because of the size of the tablet chairs, many classrooms are crammed with chairs. When asked about this issue, Student Government officials said, this is an issue for the registrar’s office to handle by limiting the number of students in classrooms.

Omoniyi Sula, a Theatre Arts major at York College attests that she is thrilled about the new chairs and that York’s classrooms “felt more like a college classroom” and added that the new tablet chairs are wide enough and more comfortable for people of all shapes and sizes.

There are more that needs to be done in classrooms such as state-of-the-art, modernized smartboards in all classrooms, not just a few for professors and students alike to experience quality learning in the 21st-century. Sula shares a well-founded concern, the tablet chairs unquestionably puts York College in the realm of modernity. Albeit, the chairs are a fresh start, smartboards in all classrooms should be the next step for York College.